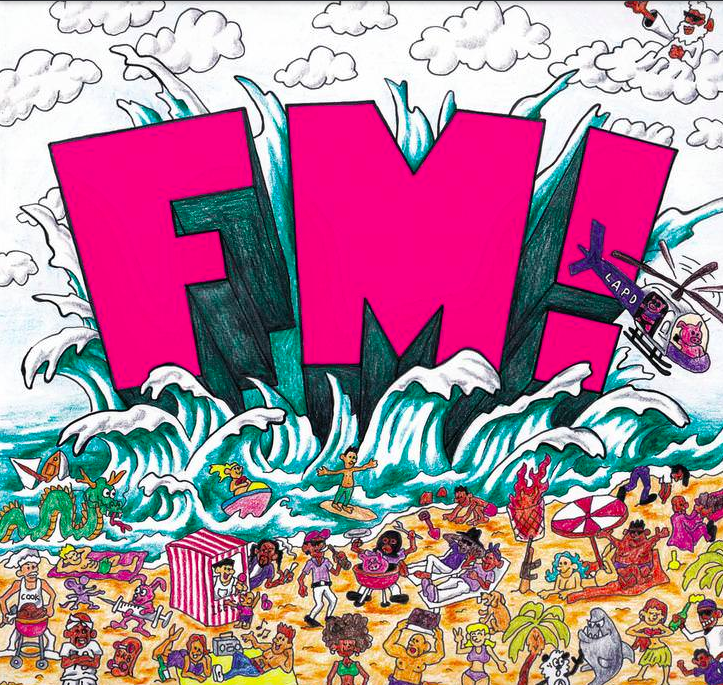 One of Vince Staples’ most refreshing qualities is his ability to weave his way through a variety of musical gauntlets. On 2016’s Prima Donna EP, the Long Beach native spit over heart-thumping gangsta rap beats only to return with the minimalist techno vibe of Big Fish Theory the following year.

It’s that kind of malleability that allows Staples to experiment with the Gorillaz or pop up in a random Sprite commercial.

Despite his penchant for rhyming over all types of wild production — courtesy of beat magicians such as DJ Babu, Evidence and No I.D. — he seems to always circle back to his gangsta rap roots, the thread tying it all together.

The 25-year-old’s surprise album FM! is no exception. The 11-track odyssey into Staples’ life as a “regular rapper” bumps with bass-heavy anthems and a healthy amount of Crip-flavored bravado. The aptly titled project is peppered with short, radio-inspired interludes, highlighting the once-crucial importance of getting airtime.

Kicking off with “Feels Like Summer,” Staples immediately establishes the tone for the album. Despite Ty Dolla $ign’s slightly out-of-place hook, the song bumps with a welcome return to Staples’ origins. On the surface, it sounds like everything is roses but Staples’ lyrics paint a much different picture. Hiding behind his hard exterior is a young man who’s walked through poverty and weathered the perils of street life.

“Lil Johnny gave his life for this shit/All he got was a plot and a bottle from the Winco,” driving home the harsh realities of a gang-ridden existence.

The juxtapositions continue throughout the 22-minute whirlwind of a project. But the dark content is mostly shrouded by Kenny Beats’ boisterous production, especially on standouts like “Outside!” and “FUN!,” which features the inimitable sonic stylings of an inspired E-40 and really showcases Staples’ versatility. Throughout the roughly three-minute cut, he’s able to switch his voice up enough that it’s easy to question if it’s even the same person.

Although Staples bars are sewn up throughout FM!, “Run The Bands” elevates his lyrical expertise to another level.

“Don’t slip, I’m gonna find you (Spot you)/Slide through, might paralyze you (Got you)/Don’t run, I’m gonna chase you (Chase you)/Point blank, that’s how the Yanks do (Yeah),” he effortlessly raps.

After a wild 19-minute ride, “Tweakin” ends the album on a somber note with Kehlani contributing vocals for the ominous hook.

“We just lost somebody else this weekend/Think that I am jumping off the deep end,” she sings, once again shining a spotlight on Staples’ sobering LBC upbringing.

While the radio-themed interludes on FM! are intended to mimic the Real 92.3 radio show Big Boy’s Neighborhood, they really don’t serve much of a purpose other than to tie the project’s concept together. With the exception of Earl Sweatshirt on “Newearlsweatshirt (Interlude),” who pays tribute to his late father, they are easily forgettable.

But ultimately, Staples has added another colorful chapter to his chameleon-like catalog and reinforced his intention to keep evolving no matter what trends are dictating the current wave.