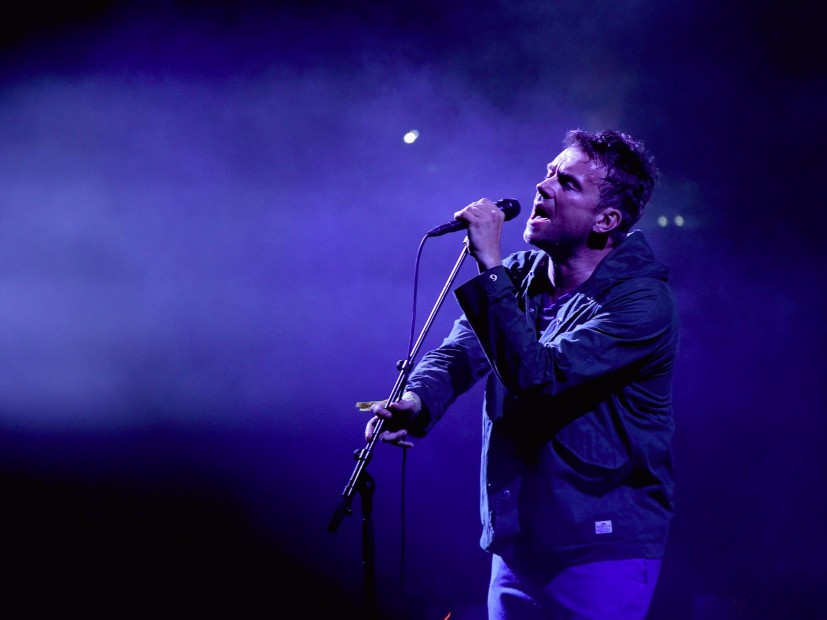 Blur frontman Damon Albarn likely didn’t realize he stumbled upon a magic formula when he crossed paths with illustrator Jamie Hewlett in 1990. With backgrounds in music and art, together, the two eventually manifested the Gorillaz, a cartoon band comprised of the fictional characters Murdoc, 2-D, Noodle and Russel.

From his love for ‘80s bands like Tears For Fears, The Smiths and The Cure to his total immersion in 2 Tone music (more commonly known as a punk-infused version of ska), Albarn’s eclectic range of musical tastes has helped mold the talented pianist into a well-rounded musician in his own right.

Staples, who put out Big Fish Theory in June, featured Albarn on the track “Love Can Be.” Evidently, the Long Beach MC is also one of Albarn’s greatest new discoveries. With his affinity for minimal techno-tinged beats, Staples often stands out against the homogeneity of his new-generation counterparts. Staples is currently on a U.S. tour with Gorillaz, and Albarn is spending the next several weeks with the 24-year-old.

“He’s great,” Albarn tells HipHopDX in his unmistakable British accent. “He’s doing something different. He’s kind of anti-Hip Hop, isn’t he? I like that style. I like that not buying into more of the distractive aspects of the culture.”

He adds, “I was delighted to be on his album. It made me happy. We got along great. He’s a real character. I’m looking forward to hanging out with him for the next seven weeks.”

Working with Hip Hop artists isn’t anything new to Albarn — it’s been a cornerstone of Gorillaz’s storied career since the group’s 1998 inception. Producer Dan The Automator was integral to crafting the early Gorillaz sound. After visiting Albarn in London, he suggested bringing his Deltron 3030 cohorts, Kid Koala and Del The Funky Homosapien, into the mix. Subsequently, Del ended up rapping on Gorillaz’s massive hit “Clint Eastwood” in 2001 and the rest is history.

“I actually don’t know how I met Dan,” he says with a laugh. “I wasn’t the most coherent at that point in my life. I think he sorta came over. Someone said, ‘Why don’t you meet this guy?’ He came over to London and we hit it off. It was his idea to bring Del on board and Kid Koala entirely. I have him to thank for that really.

“The stuff always originated from my demos, but it was very fresh for me — this idea of working with a Hip Hop producer at that point,” he continues. “Although now, there’s been so many collaborations I’ve participated in, but that was really one of my first ever.”

After Gorillaz released their self-titled debut in 2001, Albarn and Hewlett delivered Demon Days four years later to critical acclaim. Produced by Danger Mouse — true to form — the project boasted a handful of Hip Hop artists such as De La Soul, DOOM and Bootie Brown of The Pharcyde.

Demon Days‘ follow-up, Plastic Beach, emerged in 2010 and this time included Snoop Dogg, Mos Def, Little Dragon and late soul singer Bobby Womack. Albarn’s staunch commitment to diversity has carried the group for the past two decades, and is something he clearly cherishes.

“I think it’s interesting to get different points of view,” he says. “Different perspectives are so important. They’re not necessarily my perspective always, but that’s sort of the challenge — to see how to make something vaguely coherent. Vaguely coherent is my AKA.”