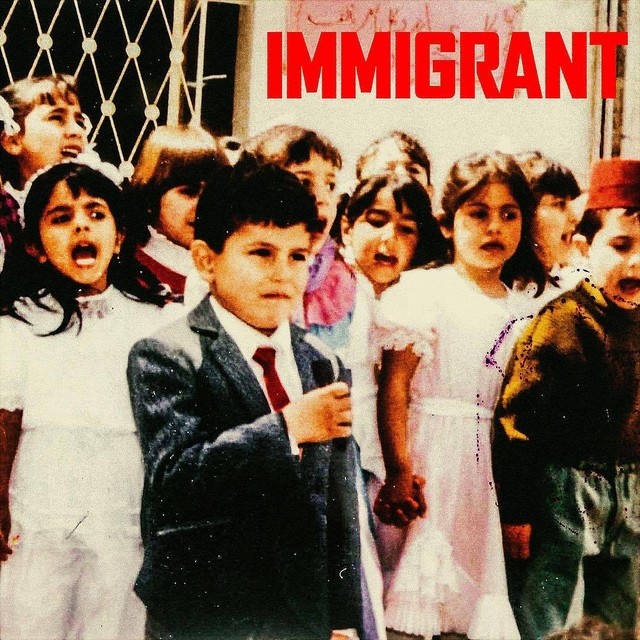 Palestinian-Canadian songwriter and producer Belly has consistently remained polarizing among listeners. You either can’t stand him, or he’s managed to win you over. In theory, it shouldn’t be too hard to earn respect with his résumé. The 34-year-old has been dropping quality for a minute now, covering his walls with plaques and rubbing shoulders with some of Hip Hop’s elite from the jump.

His run from Never Broke to Inzombia — for those paying attention — has been lateral, climaxing with the undeniable Mumble Rap that struck positive chords with even his most staunch critics. His latest effort, the 11-song Immigrant, maintains the momentum with great production and a host of features.

Belly has been vocal (publicly) about using his platform to bring awareness to immigration issues. On the standout title track, which features the face of prison reform, Meek Mill, and M.I.A., he does just that, with bars like “Immigrant, that’s why they hate me just for bein’ me, we ain’t wanna leave overseas, we were under siege.”

Then there are bars like “Muslim boy had to wear a cross just to cross the border,” on the song “Another Note.” Without necessarily moving the narrative anywhere past surface-level awareness, he manages to use his personal experience throughout the LP when approaching the politically and ethically touchy topic — which makes it approachable.

Don’t let the album cover an title throw you off, though. The record is far from a top to bottom political statement or straight narrative. Key examples are The Weeknd featured “What You Want” or “Numbers,” which offers one of the projects most robust features (and overall verses) courtesy of Yo Gotti. This album has bangers.

There are some definite bricks in the mix, such as the NAV-featured “Maintain,” and the painfully bland chorus on “All For Me,” Metro Boomin services and all.

Apparent auto-skips aside, Belly continues to grow as an artist and puts it all on the table with the LP. Redundant braggadocio and street shit is intertwined with deeply personal nods to drug dependency as a crutch for depression, insecurities, and a patchwork of experiences that help make his music distinct.