Review: Belly Halfway Holds His Own On "InZombia" 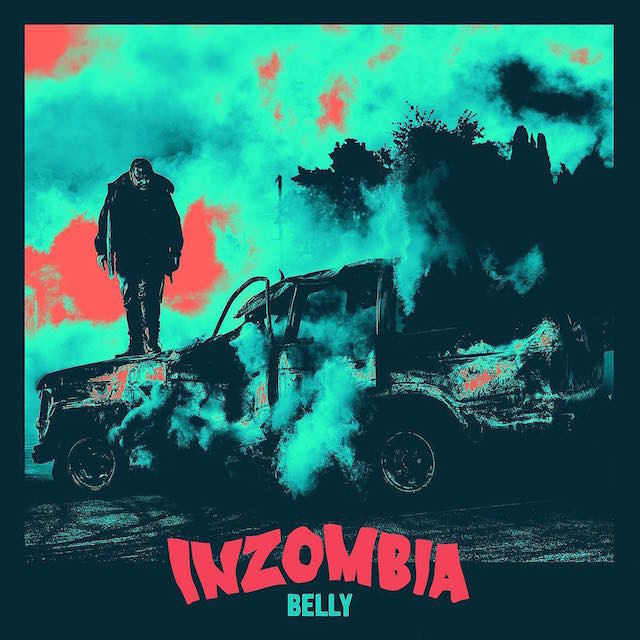 On November 22nd Belly tweeted out “I’m a vibe.” Those three words were probably typed whilst in a drugged-out rockstar-minded stupor but oddly enough, it sheds an accurate light on not only Belly’s metaphysical view of himself but also the mood of his latest release, InZombia. Previous installments to his catalogue have utilized features and production as a kickstand to support his struggle bars but lately, Belly has been going in with no training wheels. It’s important to keep in mind that the Roc Nationer has had a surprisingly fruitful 10-year career even though most of it was spent under the radar or hitting dabs as a stand-in of The Weeknd’s music videos. In all seriousness, you don’t just ink with Hov’s all-star team and snag 34 million YouTube plays off one song if you’re gawdawful. InZombia isn’t perfect and won’t flip a Grammy nom but this time around, Belly managed to get some wood on the ball on his own accord.

He takes a stab at rolling without featured guests for the first two tracks which actually do an alright job of introducing the mixtape’s dark and ghoulish theme. According to Belly, all 11 songs were created from memories of his darkest times – which might be played up a bit seeing as Belly hails from Ottawa, Ontario. But nevertheless, it’s a concrete subject that gives the tape consistency; the type of consistency that can be best described as a “vibe.” Said “vibe” is made possible largely because of Velous and Danny Boy Styles who do a superb job of making Belly sound like a damaged poet who is deep inside his dark subconscious, especially on “The Day I Met You.” Those rolling drums and acute keys make lines like “I went to school high, never went to high school/Drug diet, drug diet, we had chemistry baby, I love science” not sound half bad. In fact, part of Belly’s talent is making those questionable bars sound seemingly cool because of the way he ruggedly murmurs them over hypnotic beats. It wouldn’t be surprising if Belly made InZombia just as a personal soundtrack for his Xanax benders.

It doesn’t take long however for Belly to call in the reinforcements. Jadakiss saves the day on “Trap Phone,” Young Thug gives “Consuela” an extra shot of excitement and Ty Dolla $ign essentially turns “Outkast” into his own song. This isn’t a total dagger to Belly’s own efforts on these songs but he has yet to really find his own unique sound, although he is getting close. InZombia’s underwater, hollowed out nightmare undertones is perhaps where he is headed but there are still heaps of generic lines tossed all across this album. The hedonistic raps on “Seven Day Love” is a testament to how close he knocks at corny’s door. Luckily Belly’s own pen shines on the rapid fire “Actin Different.” (“I say I’m goin’ ham but it’s against my religion” he quips.)

Properly soaking up InZombia in a chill environment will make clear as to why Belly structures his releases the way he does. Still, it remains to seen if he can step outside his comfort zone and can deliver a sturdy project without leaning on some of his more popular industry friends.