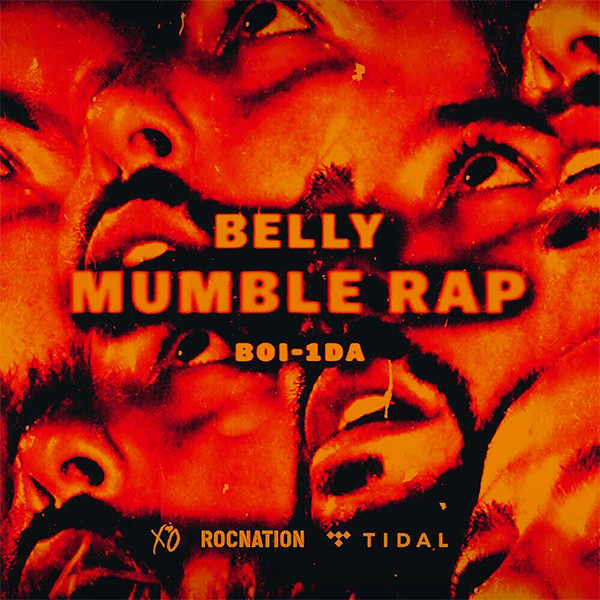 Casual listeners could be forgiven for shying away from Belly’s new album, Mumble Rap, solely because of its title. But Hip Hop heads, or anyone who has heard the dexterous Roc Nation signee, know better. Belly said in an interview with Beats 1 that he named the project Mumble Rap so people would have a new connotation of the phrase. His engaging mic presence, endless quotables and Boi-1da’s production tutelage not only achieve this feat but make the album one of the best of 2017.

Mumble Rap’s topics are nothing new, but they remain compelling because Belly himself is such a magnetic figure. He commands attention with every bar, whether he’s boasting about his success or lamenting about his shortcomings. It’s not hard to believe the Palestinian-Canadian learned English by listening to albums like The Notorious B.I.G.’s Ready to Die when one hears him bend words to his will on “The Come Down is Real Too”: “Niykee Heaton, Nikki Baby, I was Nikki crazy/Had dreams of menagin’ both but I been missin’ lately/I’m off the liquor so I’m different maybe/Listen baby, I drove Alyssa crazy, these bitches hate me.”

When he’s not doing his best impression of a lyrical Nadia Comaneci, Belly is still finding ways to make basic bars stick to your brain like gum under a bus seat. “I don’t got sympathy for my own tears” on “Alcantara” and “Hell is hot and only Heaven knows” on “Make a Toast” are just a few of the lines that enrich Mumble Rap beyond generic musings. Pusha T provides the album’s lone feature on “Alcantara,” and his coded rhymes and nasty delivery builds up anticipation for King Push’s volcanic metaphors. (“I’m the best, this Floetry, you ‘say yes'” the GOOD Music golden child quips.) However, Mumble Rap remains Belly’s show throughout.

Belly keeps an ominous tone throughout the album while barely raising his voice, but much of the credit for the album’s sense of foreboding goes to Boi-1da, who produced the bulk of Mumble Rap, with assistance from T-Minus, Ben Billions and Vinylz, among others. The music is almost entirely downbeat, even on the infectious single “P.O.P. (Power of Pussy).” The waterlogged soul of “The Come Down is Too Real” and melancholic cries of Lullaby — Belly’s own “Song Cry” — are impressive, but nothing dives into the gutter quite like “Bobby Brown.” The bluesy licks and schizophrenic drums create the feel of a grimy crime novel, with Belly pummeling his competition into submission with clever wordplay like “She on that Bobby Brown, I’m copping New Edition.” It’s this track, more than any other on the album, that stakes a claim for Belly’s name to start popping up in rap conversations more often.

The lowkey feel is a both a gift and a curse to Mumble Rap. While it creates admirable cohesion, it also leaves an aching for a cut bursting with energy. Boi-1da has produced several turn-up anthems before for another Canadian rapper, and while part of Belly’s appeal is his ability to leave tension bubbling just below the surface, it would have been beneficial to hear him rap over the kind of explosive Boi-1da beat that help solidify street cred for Drake.

Credit should be given to JAY-Z and Roc Nation for allowing Belly to be his snarling, unapologetic self on this album. However, with freedom comes responsibility, and Belly showcased the value of artistic liberty on this album. Mumble Rap is a dark tapestry of gimmick-free rhymes over glowering production, and Hip Hop is better for its existence.