Review: Bhad Bhabie's "15" Brimming With Attitude But Light On Substance 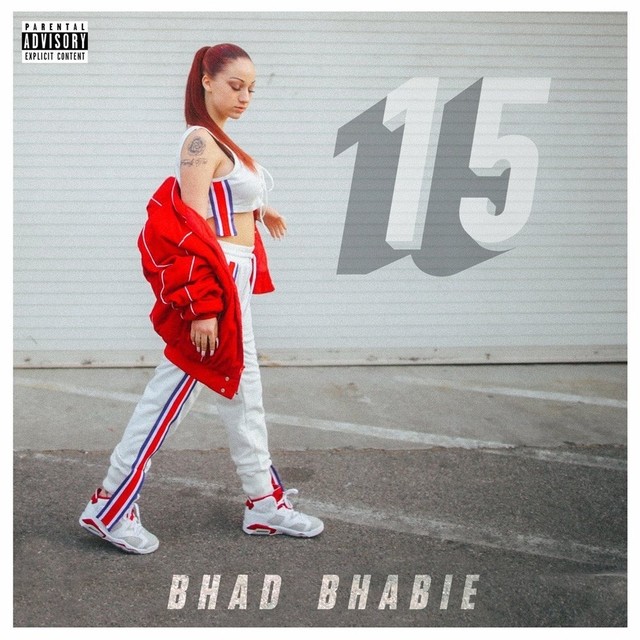 At the tender age of 13, Danielle Bregoli’s bold defiance and foul-mouthed antics shocked Dr. Phil’s audience during a 2016 episode. Her “cash me ousside, how bout dat” catchphrase quickly morphed into internet gold and pummeled its way into pop culture like a boulder tumbling down a cliffside. Soon, Bregoli’s “career” was off and running.

Fast-forward a year later and fellow Florida native Kodak Black recruits Bregoli for his “Everything 1K” video. Then suddenly — poof! — she’s a rapper. After adopting the moniker Bhad Bhabie, the petite redhead made Billboard history when she became the youngest female rap artist to nab a Hot 100 song with “These Heaux” in August 2017.

Atlantic Records signed her to a contract shortly after and now, Bhad Bhabie has finally surfaced with her inaugural mixtape, the aptly titled 15.

Despite some monster features, the biggest problem with the project is Bhad Bhabie’s delivery, which comes across as horribly contrived from the moment she utters the first word. While she’s making a valiant effort to mimic a lot of the mainstream rap currently infiltrating the airwaves, it’s going to be challenging for people to not immediately dismiss her as an unwelcome gimmick.

That’s not to say the 15-year-old doesn’t have an arsenal of slick jabs ready to go. Much like her fiery personality, Bhad Bhabie’s song lyrics exude healthy doses of attitude toward anyone who tries to stand in her way.

Like on “Hi Bich” — another single that charted on the Hot 100 — she raps, “That fit look like you bought it at a kiosk (Was it on sale though?)/And they got the nerve to ask, “why she hot?” (she hot)/Why you counting all that money that we got?/I ain’t worried ’bout no basic bitches/All y’all look like you still fly Spirit.” (Funny.)

15‘s true saving grace is the catchy production and notable contributions from artists such as YG  — who raps on the undeniable banger “Juice” — and Ty Dolla $ign who sings the hook on “Trust Me.” In an interview with DX, Ty explained his decision to team up with Bhad Bhabie, something he admittedly wanted to avoid at first.

“I thought about it and listened to the song,” he explained. “That shit slapped. I couldn’t deny it. It was dope as fuck.”I played it for Wiz [Khalifa] and he was like, ‘Bro, fuck with it. That shit’s hard.’ Next thing you know, I went to the studio, did my verse to see how it would sound and everybody loved the shit, so I was like fuck it. I thought it was a slapper.”

Even with Lil Yachty, Lil Baby, City Girls and Asian Doll scattered throughout the album, Bhad Bhabie’s attempt at rapping consistently falls flat. But as she told DX last December, a rap career is nothing she really sought out to begin with — they came looking for her.

“What would you do if you were put in the situation I was?” she said. “You look on the Instagram explore page, and there’s a million pictures of you. Then all of sudden somebody calls you and they’re like, ‘Hey do you rap, do you sing?’ And you say no, but they wanna manage you and say, ‘I think we can make something out of you.’

“Then they fly you out to Los Angeles and they basically put you in a little AirBnB, and they take you to meet with a record label because they just want to meet you. They think that you can be an artist. They ask you if you like music, you say, ‘Yes.’ They say, ‘Okay we want to give you a record deal. You sound good.’ Are you not gonna take that?”

While Bhad Bhabie has a point, she has a long road ahead of her to prove she has any staying power.