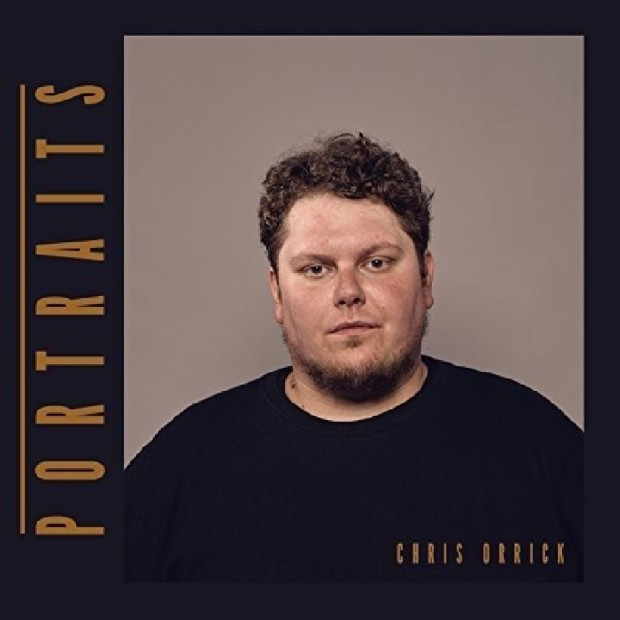 Those individuals who are in tune with underground Hip Hop know such a persona is nothing new. What he is, without a fraction of a doubt, is honest. Formerly known as Red Pill, Orrick made the switch to his government moniker, which seems to be an appropriate move for someone who shuns the smoke and mirrors. His latest album, Portraits, gives a very personal glance into the inner workings of who Chris Orrick actually is.

Embracing a true-school approach, Portraits is lush with sample-heavy production, conjuring up an image of digging through dusty crates and tapping on an MPC. At times it’s soulful, sometimes it’s head-nodding, and at all times it’s sonically digestible. Surprises exist lyrically, in the ways Orrick chooses to approach various topics. What at a minimal glance seems like easy listening quickly turns dark when focus moves to the lyrical content. In fact, Portraits is downright depressing. The album opener, “Self Portrait” (produced by Nolan the Ninja), is a scathing self-criticising vent over a jazzy, horn-complemented beat, where he unleashes a barrage of hate as he raps to himself, “Hate the way you look/I hate the way you dress/I hate the way your living room and kitchen is a mess/I hate the way you stress/The way you overeat/I hate the way you can’t get out of bed and oversleep.” It’s the type of raw introspection that many people feel but rarely want to acknowledge.

This same acknowledgment of his inner demons continues in many shapes and forms throughout the album. “Lazy Buddies,” the token ode to love which looks at Orrick’s life with his girlfriend of thirteen years (and their recent addition of a kitten named Pistachio), still even manages to allude to his constant theme of alcoholism, even though the record stands as one of the more positive offerings. It’s followed by standout track “Escape Plan,” which starts out a bit ambiguous, but it becomes apparent Orrick is all about avoiding falling victim to recidivism. What follows is perhaps the most downtrodden offering of Portraits with “Anywhere Instead,” which addresses suicidal thoughts, loneliness, his unhealthy lifestyle, his name change, and once again, insolvable alcoholism. He even goes so far as to throw in a punchline one would feel guilty laughing at, rapping, “Was gonna kill myself by using exhaust fumes/Turns out the regulations made that shit too clean/So thanks Obama for the disappointment/Now I just avoid it/Only time I ever die is in my dreams.”

When the canvas dries, it’s clear Portraits wasn’t painted to be a party. It doesn’t contain the feel-good summer tune for your next seasonal road trip, and often, the deep emotions trump the musicianship. But it might make someone who is stuck in a dark place feel less alone. It’s a relatable project for those living the check-to-check, clock-punching, sporadically unemployed, or those suffering from mental illness, or fighting the general struggle.

Chalk it up as a necessary dose of realistic humanity.