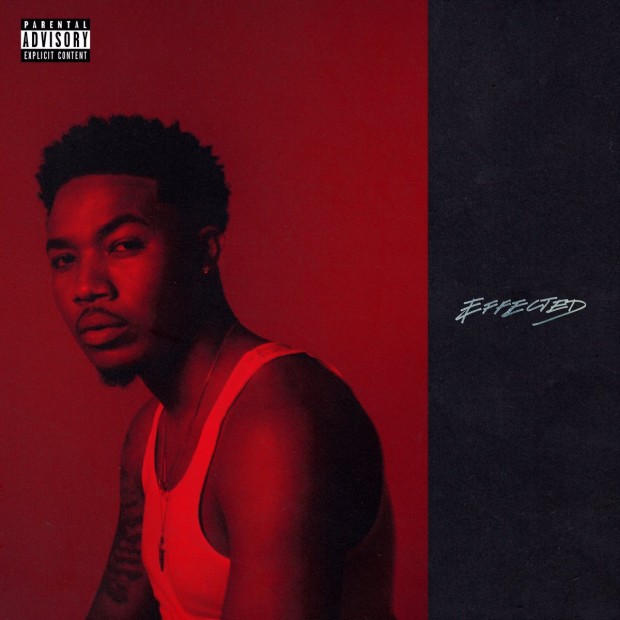 Over the past few years, J. Cole’s Dreamville Records have put together an impressive roster of up and coming Hip Hop talent. Cozz, being the labels youngest act, showed great potential with his debut album Cozz and Effect back in 2014, but his 2016 mixtape Nothin Personal was released to lukewarm responses from critics and fans alike. After a relatively quiet 2017 campaign, the Los Angeles representative makes a triumphant return with his sophomore effort, Effected.

Cozz is tired of being overlooked and feels that his time is now. He makes that very clear out the gate as the LP opens up with the piano-driven “Questions” where he gives an analysis of the current state of the rap game and much more. He boldly proclaims, “It’s an emergency/ rap needs a savior and I think that I can save it/ but look ain’t no one heard of me/ but I’m gonna be what I deserve to be.” Effected showcases Cozz’s skill as a storyteller while highlighting his ambitions to be recognized as a great MC. This intro, with its broad range of topics, successfully lays the groundwork for the rest of the album.

The consistent narrative of introspection throughout Effected helps listeners get a better understanding of who Cozz is through his life experiences of crime, love, and disappointment from those close to him. These ideas are best articulated on the title track and “Bout It” where he raps on “Can’t trust not one of ’em/Not a nigga or a women/Be wary of the ones who act down but really be up to something/I ain’t perfect, I don’t judge nothin’ but fake vibes gotta run from it/Duck from it, no love from it.”

Rap heavyweights J. Cole and Kendrick Lamar add replay value to “Zendaya” and “Hustla’s Story,” respectively, with the latter track piercing insight into a street soldier’s mindset as witty lyrics mesh well with the bassy instrumental. Despite its eyebrow-raising title, “Zendaya” is much more than just Cole assisting his understudy in “shooting his shot” with the star actress and singer, but a powerful record with Cole addressing current societal issues such as the lean and Xanax epidemic and Young Cody Macc detailing how his past experiences have contributed to his future aspirations.

Skits are scattered throughout the album, adding context to songs and improving the project’s cohesion. The improvements that Cozz has made melodically, exemplified on songs like the jazzy “Badu” featuring Curren$y, negate moments where the project’s theme of street memoirs feel repetitive.

Effected also loses points with its *ahem* ineffective bevy of sing-songy choruses that do nothing to elevate songs’ accessibility. The off-key hook on “VanNess” and indistinguishable flatness of the chorus on “Freaky 45” highlight this shortcoming. As an extremely strong lyricist, Cozz should hone in making his raps the focal point of records and not feel the need to lean on R&B ethos just because it’s the 2018 thing to do.

Genre inconsistencies aside, Effected is a clear statement Cozz doesn’t just want to be the conversation with the best rappers. He wants to steer the debates.