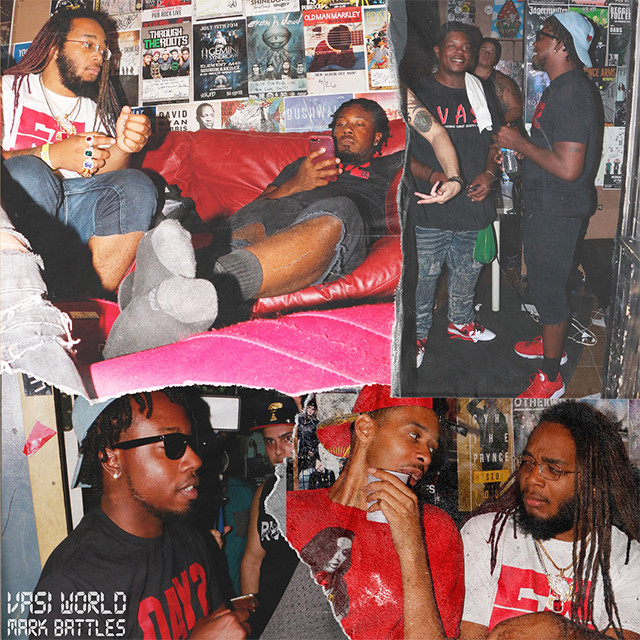 Mark Battles, one of the newest signees at Quality Control Music, has a chance to carve out a new lane for the label that’s helped produced stars like Migos and Lil Yachty.

Vasi World — his second project released through Quality Control — isn’t meant to be his grand introduction to a larger audience, but it does display why Battles is a breath of fresh air at QC. He injects his more traditional Hip Hop flavor into an imprint mostly known as the home to trap rap and pop-friendly artists. Though it might make him seem like an odd fit, his polar opposite approach is part of the appeal and provides an opportunity for QC’s Coach K to corner a different market in the current rap landscape.

Battles’ latest work is incorrectly billed as an EP, for it arrives in 11-track format. Although Vasi World includes its fair share of compelling material, it often feels like Battles has pulled his punches so to speak. He’s apparently saving the best material for the commercially-pushed LP, which results in this project being fitted with a ceiling.

This good-but-not-great aura is apparent on the first couple of tracks. The beats are solid and the lyrics are well crafted, but the end result isn’t particularly memorable. These cuts rely purely on Battles’ sheer skills as an MC, which merely results in entertaining bars instead of transcendent records.

But midway into the EP, there’s a dramatic shift. Flashes of Battles’ potential for greatness finally begin to appear. “The Moon” kicks the music into a higher gear with an ethereal production concocted by TyjuanOnTheBeat. Battles floats on the track, kicking a stream-of-consciousness verse about everything from his cousin’s thoughts of suicide to his own career aspirations.

This upswing in momentum continues on “Lord Knows,” which features the finest beat on the project. Galaxy utilizes a saxophone and sprawling keys to produce some smooth jazz for Battles’ contemplative rhymes. The Indianapolis-bred MC reflects on hardships in his childhood and in relationships during a brief-but-potent verse. Battles cedes much of the attention to Galaxy’s music though, allowing the beat to take center stage for the last minute or so of its runtime.

These more expansive cuts show the types of heights that Battles can reach when he strives for more. But it’s certainly understandable why he often relies on his lyrical prowess alone because it’s proficient, to say the least. He effortlessly trades intricate rhymes with Jarren Benton and Futuristic on “Here We Go Again.” And the lead single “On Everything” is a prime example of his wordplay, particularly in its second verse that finds him “Everyday struggling like Joe Budden.”

Battles won’t vault into stardom off Vasi World, but it does provide glimpses of what he can do. These hints at what’s to come paired with an already strong discography inspire hope in his next album being something truly masterful. Until such an LP arrives, Vasi World is a serviceable placeholder for Battles’ devotees.