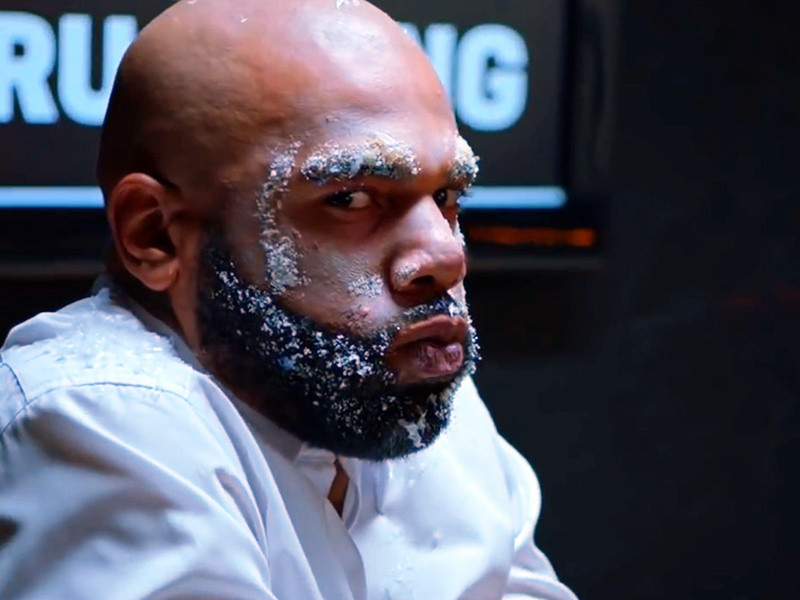 The visual, directed by Millicent Hailes and Quavo, features actors impersonating Budden and Everybody Struggle hosts Nadeska Alexis and DJ Akademiks. It begins with a faux Nadeska asking a disgruntled Joe Budden lookalike a question.

“Joe, what’s your real issue with Migos and Lil Yachty?” she asks, to which the fake Budden replies: “Man, they not about the culture. They making hundreds of thousands in shows. Millions of dollars in endorsements. Look at they jewelry – I ain’t had jewelry like that! Like come on!”

The video then segues into Quavo and Lil Yachty flexing their copious amounts of iced-out jewelry before an enraged Joe Budden flips the table in a mock-up Everybody Struggle studio.

The final time we see Budden’s lookalike is around the four-minute mark when he’s seen shivering and covered in ice.

Budden famously clashed with Migos and Lil Yachty in separate Everyday Struggle segments this year, both of which caused major waves online.

The video may already be dated though, with Budden having apparently parted ways with Complex’s YouTube show recently.