Review: Ralo Confuses Conviction For Quality On "Diary Of The Streets 3" 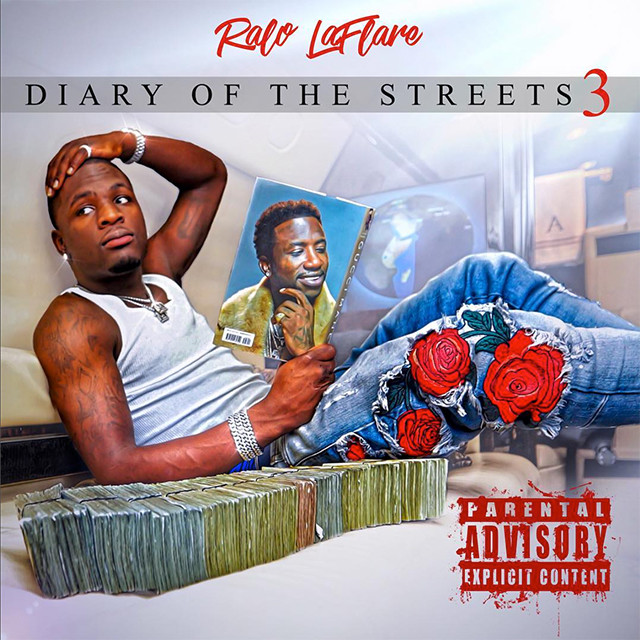 1017 Eskimos signee Ralo is very open about his admiration for his boss, Gucci Mane. On the cover of his latest project, Diary of the Streets 3, Ralo LaFlare can be seen proudly reading Gucci’s autobiography. However, unlike Mr. Zone 6, Ralo fails to mine quotables or infectious music from his days in the trap. Diary of the Streets 3 features authenticity but is soiled by a lack of creativity.

Ralo’s latest is music for the streets and by the streets, and his core fanbase will gladly bump it. It’s unlikely anyone else will take much notice, as he wastes colorful production with redundant rhymes and simplistic sentiments. The opener, “Ahk Shit Pop Shit” features rolling drums, soaring piano keys and inspiring synths, but is muddled by an underwhelming hook: ”Ahk shit pop shit/12 can’t stop shit.” There’s a sense that Ralo isn’t simply going through the motions and takes his gangsta sentiments seriously. “See the Light (Pt. 2)” is the album’s finest moment, as he mixes Jeezy’s street opera with Kanye’s Auto-Tune warbling while lamenting “I can’t get no sleep at night.” It’s not hard to believe him, creating impactful melodrama.

Following second track “See the Light (Pt. 2)” comes a slew of songs so generic in theme that it’s hard to distinguish them from each other. Money is on Ralo’s mind and it floods his music, which fails to separate “Rain Storm” from “Everything I Got.” Even the production, which features an abundance of lush piano keys and ear-grabbing drums, is so similar that it loses its luster halfway through the tape. Familiarity doesn’t so much as breed contempt on Diary of the Streets 3 as it much as it causes exhaustion.

There is a breath of fresh air for suffocated listeners. “Don’t Be Madd” features a trap-styled reimagining of 2Pac’s “I Ain’t Mad At Cha” beat (produced by Daz Dillinger). Boosie Badazz comes to assist, but like a rap Magic Johnson, ends up running the track with forceful rhymes that mock his haters. Boosie is one of the few rappers who adds to the overall product. Ralo was wise in choosing trap artists for a cohesive feel, but rappers like Hoodrich Pablo Juan on “Stay Down” and YFN Lucci on “Dream Last Night” turn in verses as forgettable as the songs themselves. Even Gucci fails to impress on “Lamborghini Music,” which sports haunting piano keys but is stunted by the East Atlanta Santa’s lackluster hook.

Consistently underwhelming tunes would be tiresome enough on a 10-track project, but at 17 tracks (plus a Future-assisted bonus joint), this mixtalbum is utterly draining. By the time the penultimate cut, “Never Look Back” (featuring LaRea) comes around, Ralo’s inspiring bars are too little, too late. Diary of the Streets 3 is a painfully bland offering that proves a rapper’s realness isn’t enough to save subpar music.