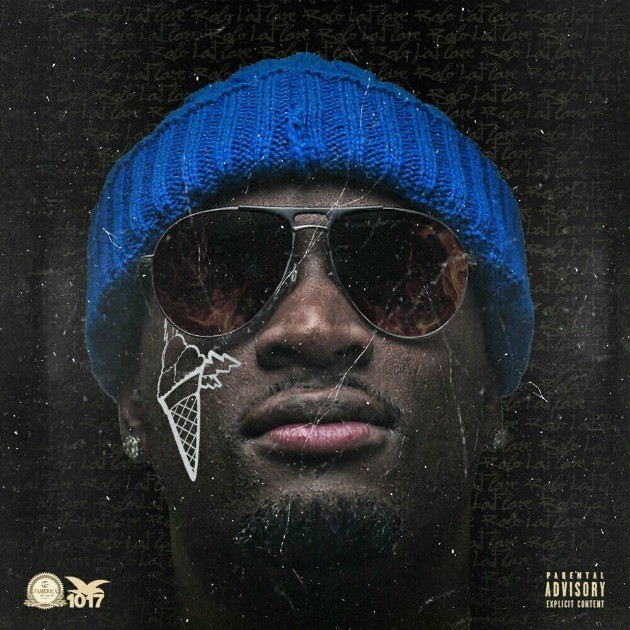 Atlanta rap methodology makes Gucci Mane the nucleus of the city’s modern scene due to his ability to attach himself to local talent or at least take some part in their cultivation. In other words, a co-sign from him could change a career trajectory.

Historically, there hasn’t been a better example of Gucci Mane’s seal-of-approval then his joint mixtapes. Inconsistent quality really led to variable mileage on those projects anyway. For every fan classic like Young Thugga Mane La Flare or Free Bricks (with Future), there were incredible flops like BAYTL (V-Nasty) or 1017 Vs The World (Lil Uzi Vert). Expect Ralo LaFlare to place itself around the latter mentioned as Gucci’s collaboration with his recent 1017 Eskimo Records signee Ralo can be an overwhelmingly uncomfortable listen.

The root of the mixtape’s problem is that Ralo shoulders the entire project as Gucci only makes a handful of appearances on tracks including the intro “Ralo Back” featuring a surprise appearance by OJ Da Juiceman on “I’m Sorry.” And oddly enough, DropTopGuwop doesn’t even bother showing up on the half-hearted remake of his Plies-assisted single “Wasted” which arrives in the form of “Trap Star Lifestyle.”

Despite being known as the man who once went viral making it rain on homeless like a night at Magic City, Ralo’s higher pitched southern drawl delivery can’t match the outrageousness his personality displayed on social media. However, more introspective moments on the project’s second half like “Sometimes” or “Mother’s Day” give a bit more depth to what’s essentially an aimless project. If the goal of Ralo LaFlare was to serve as a grand introduction for Famerica’s leader through the hype of his label boss, consider this operation F A I L with the spaces and all caps. It’ll take more than “Wasted” remakes to reach the status of Waka Flocka, Peewee Longway or even OJ himself.