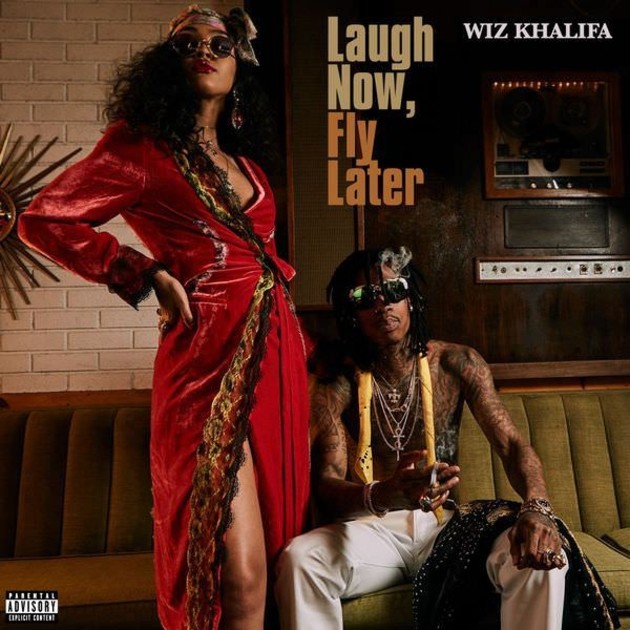 Enjoyment of Wiz Khalifa’s new mixtape Laugh Now, Fly Later is heavily contingent on the listener’s expectations. The Taylor Gang boss readily admits on “City Of Steel” that this project is just something to hold fans over while they wait on Rolling Papers 2, an album he’s been working on for the past three years.

After one spin, it’s abundantly clear he’s saving the A-material for the LP. And with each subsequent play, the mixtape is revealed to be devoid of replay value, making it a completely forgettable entry in Khalifa’s discography.

What’s most frustrating about Laugh Now, Fly Later is how often it feels like Khalifa is just going through the motions. “Weed Farm” is a glaring example, squandering a J.U.S.T.I.C.E. League banger with a trifecta of mediocrity — pedestrian rhymes, an uninspired hook and formulaic adlibs.

Khalifa’s lackluster effort results in him getting completely upstaged by the lone guest on the tape, Casey Veggies, who steals the show on the Sledgren-produced opener “Royal Highness.” Veggies’ work on the hook and first verse (“They riding the wave like a surfboard/ While the boy hotter than the earth core/ Told her wait till I go get my cash right/ When my money was low she didn’t act right”) is a stark contrast to Khalifa’s lethargic bars (“Real expensive, my clothes/ I’m reinventing flows/ Presidential, my smoke/ You guys are little clones”). The track’s guest displays the urgency to make the most of the opportunity despite already being a known quantity in Hip Hop.

While much of the tape is aggressively average, “Letterman” is a clunker meant to be a hit. The 808 Mafia production isn’t tailor-made for Khalifa but he makes it worse with a sing-song delivery and rhyme structure that becomes tired within a minute.

Laugh Now, Fly Later is not completely devoid of merit though. When Khalifa embraces his veteran status and utilizes beats that accentuate his laid-back approach, he succeeds and provides hope for Rolling Papers 2. The Cookin’ Soul-helmed “Figure It Out” and Sledgren-produced “Long Way To Go” are the tape’s best songs by a country mile, each featuring a motivational theme that urges everyone to strive for more in life.

The sad reality is these bright spots are few and far between. With so many half-hearted and subpar performances, Laugh Now, Fly Later comes across like a misguided obligation to satisfy fans desperate for new music instead of a collection of intriguing material to build anticipation for Rolling Papers 2. If he delivers the goods on the album, this mixtape will be nothing but a blip on the radar. But if he doesn’t, it’ll be more evidence of a downward trend in the quality of Khalifa’s music.