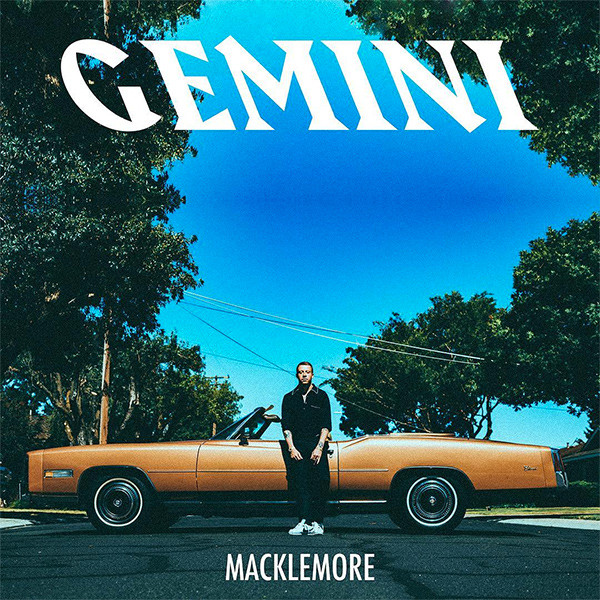 Macklemore has experienced a tremendous amount of a success in his career but also lived with being one of Hip Hop’s favorite punching bags. While he certainly made some missteps, such as publicly sharing his guilt-ridden text to Kendrick Lamar after winning the Grammy for Best Rap Album, the negative perception is largely unwarranted.

Despite being equated to Iggy Azalea as a poster child of whitewashing rap music, the title was always undeserved. Macklemore cut his teeth in the underground scene like so many MCs before him and earned his Hip Hop stripes. While he definitely started making more pop-friendly music with producer Ryan Lewis, many people often overlooked how good the music actually was. The Heist contained a laundry list of hits — “Thrift Shop,” “Can’t Hold Us,” “Same Love” and “Wings” — and rightfully garnered plenty of critical acclaim in 2012.

Sadly, The Heist became a gift and a curse going forward. Its chart-topping success made Hip Hop heads who might be more accepting of 2016’s This Unruly Mess I’ve Made — Macklemore and Lewis’ socially conscious and keenly self-aware sophomore album — unlikely to even check it out. And with direct, unforgiving songs like “White Privilege II” instead of fun-loving hits, the duo seemingly turned off their (mostly white) listeners who just wanted more light-hearted anthems.

All of these perceptions undoubtedly factored into the creation of Macklemore’s new album, Gemini — his first solo LP since 2005’s The Language of My World. Without the help of Lewis, the West Coast rhymer aims to recapture what worked in the past and try to keep up with the latest developments in Hip Hop.

Despite Lewis’ lack of involvement, Gemini’s producers (Budo, Tyler Dopps and Macklemore himself) are clearly influenced by his work. Much of the album is filled with the triumphant horns and striking piano keys that have become a signature of his sound. Unsurprisingly, Macklemore’s latest LP is most effective when using beats akin to those of his longtime producer.

“Ain’t Gonna Die Tonight,” the Skylar Grey-assisted “Glorious” and “Church” all throw him right back into his comfort zone. Macklemore flourishes on tracks structured around talented singers handling the hooks. “Good Old Days” featuring Kesha is probably the best example of this. Her vocals anchor the track, allowing him to focus on reminiscing about his favorite memories in the verses.

When Macklemore deviates from his familiar sound, he gets mixed results. Sometimes, it connects. “Levitate” is a throwback to the guy that devout listeners heard on his 2005 solo debut. Much like “B-Boy” from that album, the track sees him flowing effortlessly over a breakbeat. “Corner Store” boasts a potentially star-making performance by Seattle’s Dave B, who takes center stage on a cut tailored to his strengths. “Firebreather” is another strong divergence from the “Lewis sound” with its rock sensibilities complementing some of Macklemore’s most entertaining rhymes:

“Abracadabra that motherfucker is magic/ It’s ’81 and Madonna is on me dancing/ I’m sorry momma, I got it, I know I should mind my manners/ I’d probably go double-platinum if I could think of an adlib/ I’m jazz Prince, I rap a lot/ I grew up on Scarface, now Brad’s my dog/ Irish goodbye, sayonara and we mobbing/ Put the nail in the coffin, motherfucker, I’m on one,” he raps in the second verse.

But for the most part, Macklemore’s attempts to stretch his wings often fall flat or completely bomb. “Willy Wonka” featuring Offset is such a dramatic tonal shift that it’s jarring to hear within the album’s sequencing. The Migos member sounds right at home, but Macklemore sticks out like a sore thumb. It’s as if he stumbled into the wrong recording session. The preceding “Marmalade,” complete with its Lil Yachty guest spot, is off-putting too since it comes across like the audio version of Steve Buscemi walking into high school saying “Howdy-do, fellow kids.”

Similiar misfires bog down the middle of the album. “How To Play The Flute” comes across like a parody instead of a genuine song. The comedic aspect isn’t worth more than a skit or interlude, yet it plays out over the course of a three-minute song. And if it’s not meant to be satirical, it’s even worse. “Ten Million” is another cribbing from the notebook of Metro Boomin that once again puts Macklemore out of his element. Hearing him doing adlibs and performing an Auto-Tuned hook is just awkward.

With so many lows, Gemini can’t help but suffer. It’s a shame too because Macklemore crafted some genuinely good records without Lewis. He was onto something, but maybe he needed someone like Lewis to push back against those ill-advised ideas.

Whether it was a misguided decision to try to compete with Hip Hop’s current hitmakers or an attempt to challenge himself, Macklemore took a wrong turn by aiming to recreate what’s hot. In doing so, his potential redemption story was botched. Hopefully, he’ll get another shot to prove his critics wrong before he fades away and becomes obsolete.