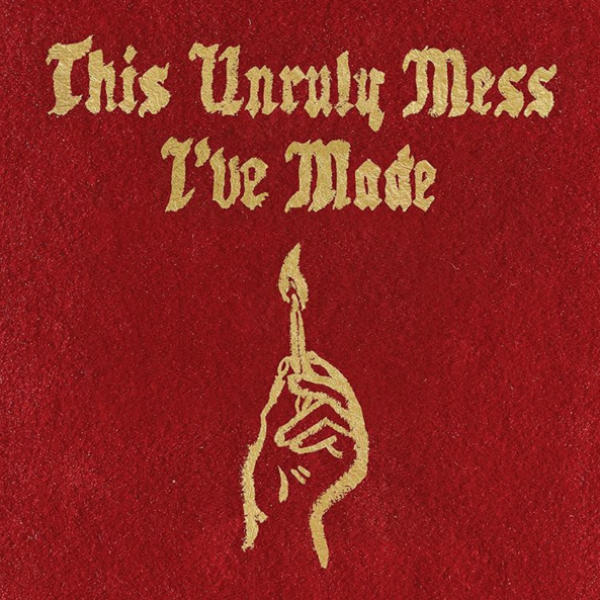 Macklemore is no imposter. Yeah there’s the iron board rigid flow, strengthened by an unmasked suburban accent; the incessancy to dress like it’s Halloween in the lowliest day of May; or the intelligence to utilize pop hooks on every turn but make no mistake. Nationwide fame hasn’t made the ambidextrous rhymer any less of a proponent of the culture. Even if he’s spent the past few years fidgeting his placement in the same culture after he goaltended a coveted Grammy Award from its newly appointed king. To no cause or fault of his own.

The apologies preceded the fidgeting, which also coincided with apparent cries for acceptance that coronate the sophomore rollout of his new album with Ryan Lewis, This Unruly Mess I’ve Made. The title harbors on his crash-landed placement in the mainstream where he simply wants to co-exist while the music, albeit a times disjointed, makes up one of the most self-aware, socially conscious rap albums in recent memory, if not ever.

Lewis, the group’s undeniable artistic glue, subdues his role tremendously this time around; settling for Vaudeville piano loops, wispy break-beat patterns amid the occasional sonic boom. The near-four years since the commercial explosion of the group’s debut, The Heist, has left Macklemore in a decisively awkward position. Does he, a true advocate of Hip Hop culture continue on the gravy train as a safe representative in mainstream society or does he draw a line in the sand at the point where imposters–artists and fans alike–heavily leech all the spoils of rap music?

The answer is firmly given on the album’s closer, the serene “White Privilege II.” The nearly nine-minute parable finds a sobering Macklemore calling out the very same fans who would blindly pick his music over say a YG (who also doubles down the same sentiments on his poignant verse on “Bolo Tie”) because of his skin color. “We want to dress like, walk like, talk like, dance like, yet we just stand by/We take all we want from black culture, but will we show up for black lives?,” Mack laments, before addressing his own conflicted disposition on the matter. Marching with protestors is what rappers are expected to do, especially in these times of social turmoil but here is a guy who paid his underground dues but he rose through the ranks of Top 40–escalator style. Sometimes one can simply show better than to simply tell.

“White Privilege II” may have closed the curtain on Unruly’s cinematography but the stage was set for erudition long before the album’s conclusion. On “Kevin,” backed by a urgent-singing Leon Bridges and brooding baseline that butterflies into a cappella gospel hymns, Macklemore relays how he conquered his own drug addiction while watching the battle shatter the life of another. Such records speak highly on Macklemore’s strongest attribute to extend his music across subject matter rarely glossed over in rap music. Or guests. The ode-to-graffiti tune “Buckshot” pumps KRS-One and DJ Premier and may scream like a ploy for Hip Hop acceptance but when that metal ball begins to clang against the spray can and those Premo scratches compliment Macklemore and the T’Cha’s high octane lyricism, it’s damn near impossible not to sing along with the “window-to-window and wall-to-wall” chant.

So did Ben and Ryan waive their rights as America’s token rap stars to be leveled with the more commoner rappers who work just as hard and sell less? It’s a loaded question that is inadvertently becomes a yes due to a handful of failed commercial attempts. “Growing Up” is a brilliant letter to his newborn daughter (and perceivably his future son) and Ed Sheeran’s touching chorus will surely get him an in with the Z100 crowd. Yet a slapstick record like “Brad Pitt’s Cousin” feels a tad bit forced where singles such as “Thrift Shop” came across as more natural in their unabashed goofiness. Then there’s the out-of-place “Dance Off,” which inexplicably aligns the musical presence of Idris Elba and Anderson.Paak and sounds like a line dance Count Dracula would command at his wedding. And don’t forget the irritating “Downtown,” (featuring corny assistance from old school legends Melle Mel, Kool Moe Dee, and Grandmaster Caz) which begins as a Golden Age jam and flips to a circus feature thanks to Eric Nally’s fade.

There’s a good chance This Unruly Mess I’ve Made will transform Macklemore into the mere mortal within today’s pop culture he obviously wants no part of. A glance at his trophy mantle will reveal he’s overachieved in the space but there still is ground the cover if he wishes. For now, the game’s odd man out can revel in a personal win for his catalog.