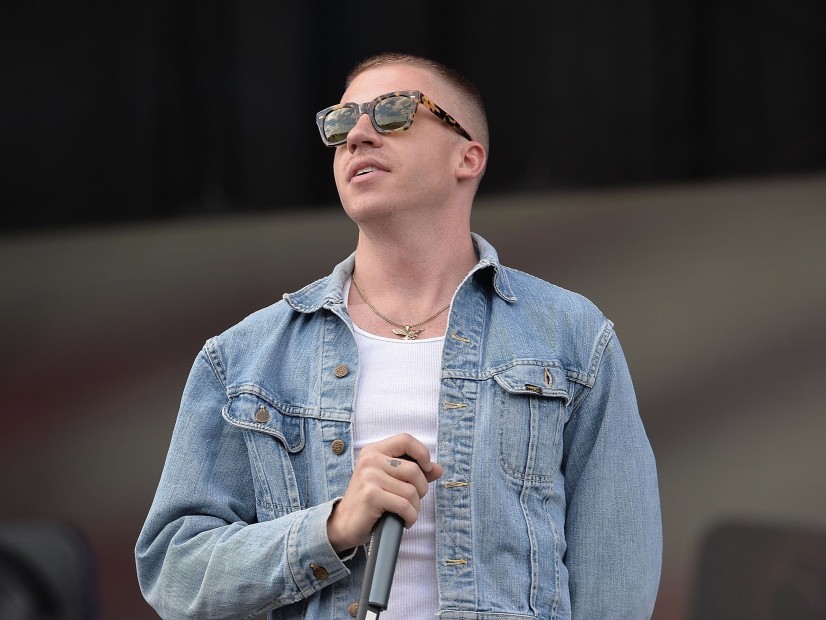 Macklemore is back to being solo artist. After attaining chart-topping success with producer Ryan Lewis, the Seattle rapper has released Gemini — his first solo album since 2005’s The Language Of My World.

The project isn’t the result of any ill will between the duo though. In a recent interview with Sway, Macklemore revealed it was actually Lewis’ decision to not be involved after saying he would be “the worst producer” for the “Can’t Hold Us” MC.

“You need space to appreciate somebody,” Macklemore told Sway. “We’ve been working together nine years. We’re best friends. We worked together every single day; music videos, in the studio, all that stuff. I heard that and at first I was like, ‘Damn, music without Ryan’ and then I was like, ‘You know what? He’s right, we need a break.’ It was very much mutual. He was the person that put it out there first. And there’s no love lost. Ryan and I will make music together in the future

Check out the stream, cover art and tracklist for Macklemore’s Gemini below.

(The original version of this article was published on August 22, 2017 and can found below.)

Macklemore has unveiled the tracklist for Gemini, his first solo album since 2005’s The Language Of My World. Packed with 16 tracks, the project features guest spots from artists like Lil Yachty, Migos’ Offset, pop princess Kesha, singer Skylar Grey and frequent collaborator Xperience.

The “Thrift Shop” MC has already shared videos for the album singles “Glorious” and “Marmalade” with the aforementioned Lil Boat.

Gemini marks the Washington native’s follow-up to 2016’s This Unruly Mess I Made, which he crafted with longtime creative partner Ryan Lewis. The pair amicably parted ways earlier this summer after doing a handful of albums together, including 2012’s platinum-selling debut, The Heist.

Mack kicks off The Gemini Tour in Portland, Oregon on October 6 with two dates at the Roseland Theater.

Gemini is expected to arrive September 22. Pre-orders are available here.

Check out the full tracklist below and album art above.