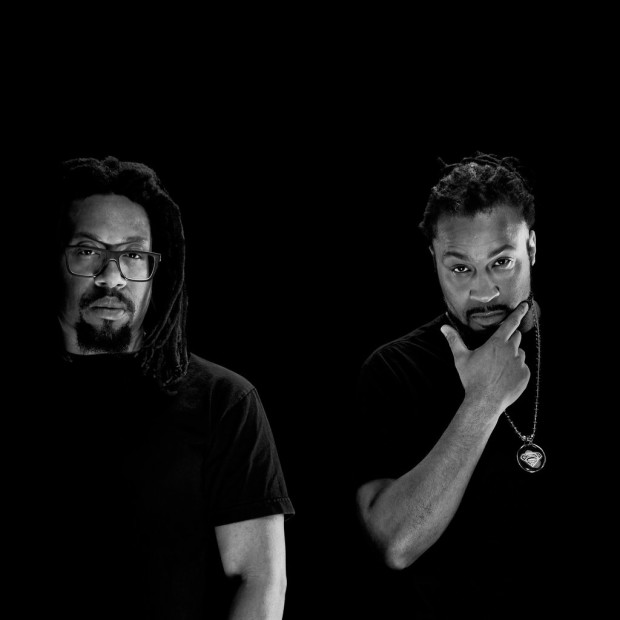 Mr. Lif and Akrobatik have one of the most humbling stories in underground Hip Hop. For starters, they hail from Boston, which isn’t exactly a hotbed for big time rappers. On top of that, their seemingly united group, The Perceptionists, fell apart barely after getting off the ground back in 2005 — and that’s not even mentioning their recent respective near-death experiences.

Mr. Lif barely survived his tour bus falling off a cliff and Akrobatik had emergency open-heart surgery due to an aortic dissection. Those are all fair reasons to put away the mics forever.

Luckily, the Bean Town duo turned its tragedy into triumph on Resolution – Lif and Akrobatik’s first collaborative effort in 12 years. Picking up exactly where they left off over a decade ago, Lif and Ak tackle a plethora of topics on the 11-track LP, including police, politics and big Pharma. Consequently, the album has the tendency to come across as a conspiracy theorist’s guide to 2017.

It doesn’t take the pair long to cut at society’s norms with razor sharp rhymes like on “Early Mourning” when they rap, “The government’s in bed with big Pharma” and “From electoral college/ To falsified knowledge/ Somebody told me slavery has been abolished.”

They definitely aren’t wrong with these accusations, but when they start rapping about government placed microchips and start asking, “Am I a man or an android? A fly lord or a cyborg?,” the content can become unnecessarily dense. With such intriguing personal prose to dive into, it takes surprisingly long for them to open up about their own trials and tribulations.

“When Push Comes To Shove” is the first moment we get a peek behind either MC’s personal curtain. A smooth boom-bap, sample-laden beat by Paten Locke paves the way for Lif and Ak to speak about their dealings with the fairer sex. Both of their 26-bar verses dance around the ebbs and flows they face with the females that have clearly been the backbone to their success, both musically and personally.

It’s not that the anti-establishment bars on Resolution aren’t formidable, but their down-to-earth raps are simply much fresher to the conditioned ear. A similar grassroots vibe surfaces on “Let’s Battle” – an easy-to-follow story that starts with Lif telling Ak, “So I ran into this chump around the end of the month,” and ends with him boasting that he then “spit some heat towards the earth and yo, they fell through the crack.”

If you solely wanted to know how the past 12 years have affected Lif and Ak, then look no further than the diary-deep cut “Grab Hold.” Explicitly vivid life stories from both ends confirm thoughts that were percolating since pressing play — Lif and Ak have come out on top from their decade of uncertainty and trauma.

Firmly reunited with a markedly critical take on the societal systems set in place, the two sum up their optimism in four bars on the aforementioned “Grab Hold”: “High from our findings/ Brighten those horizons/ Rising above the clouds to new pinnacles/ Setbacks could never limit you as long as you’re not.”

It’s the type of authentic idealism that makes you root for their music despite how in your face they can be about being #woke.