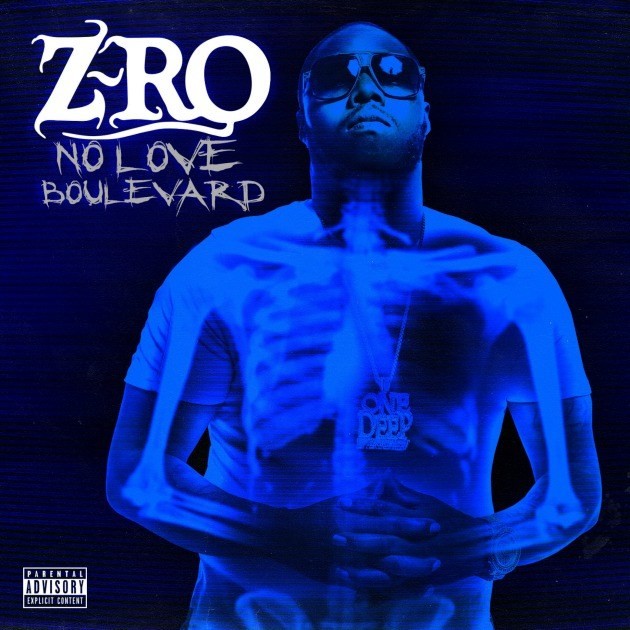 Z-Ro might not be the first rapper who comes to mind when thinking about Houston rap but to those more popular H-Town slab spitters, Z-Ro’s music matters the most. With just under 20 years in the game and just as many albums, the Mo City Don has delivered a plethora of Houston cult classics that have left a lasting impression of the scene from which he claims.

Despite his lack of mainstream exposure, Ro still has one of the most underrated catalogs in Hip Hop history, which makes it unfortunate when he stated that No Love Boulevard would be his final album. The silver lining is that and boy, does it ever sound like it. With the same 40-year-old weathered paint brush that JAY-Z colored with on 4:44, Z-Ro illustrates his life and insolences as a seasoned gangster of the game ready to retire. On past projects, Z-Ro would concern himself with enemies, police and disloyal baby mamas but on these 14 songs, he just doesn’t have the same troubled demeanor. Nonchalant lines pop up on intro “Lost My Mind” like “Sometimes I’m cool, sometimes I’m not/You might get a handshake or you might get shot” as well as “You know I’m from the wish a nigga woods /Cause it ain’t shit for me to catch a case;” assertiveness that wouldn’t have been found on the majority of his classic material.

The musicality is fairly basic and akin what you would imagine any Z-Ro project to sound like – slow rolling tempos, a few Kill Bill sirens, wobbly basslines and an undeniable coercion in his vocals. “Belong To The City” is the only real exception to this precedent simply because of its overly hoppy instrumentation and stumbled chorus. Other than that minor misstep, both bars and beats line up seamlessly.

There is a short section of filler towards the middle of the album which can unanimously be skipped over but the final two tracks are definitely worth the price of a streaming service. “Bye Bye” is a send-off anthem directed at a trifling woman he clearly is looking to dismiss but also a cryptic metaphor bidding the rap game farewell. This is simply a primer for album closer “He’s Not Done” – the LP’s best track by a longshot. He starts by answering the question on everyone’s mind: “I know y’all wonder why a nigga wanna retire I can’t stand this shit/If it ain’t Mike D/If it ain’t Slim Thug I just can’t understand this shit.” Various other daggers get thrown at the new generation of rappers Z-Ro can’t understand and therefore can’t stand altogether. Perhaps the line that represents his “fuck it” attitude the best is when he says “I got a lot of street knowledge baby from a nigga named DJ Screw/If it ain’t him I be like DJ who?”

If there is one message that Z-Ro would want a listener to take away from No Love Boulevard it’s that he is and has always been unapologetically Houston and despite not always being in the spotlight or on the minds of the masses, you should still never mess with Texas.