Review: Your Old Droog Steps His Rap Game Up On "Packs" 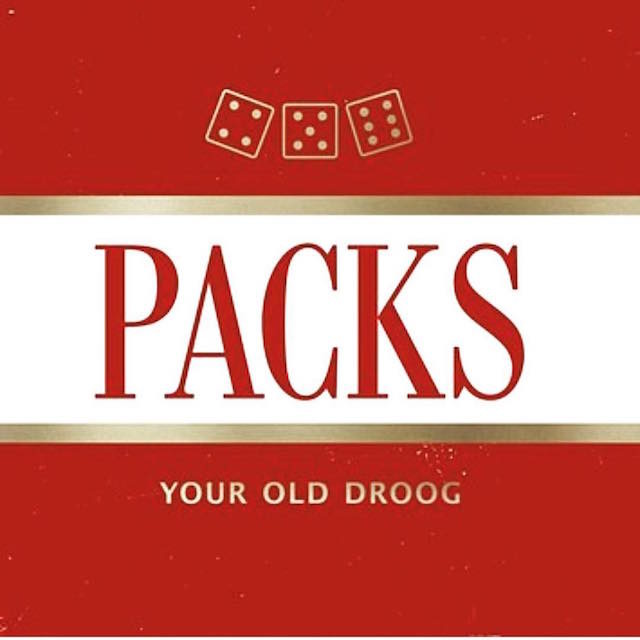 When Your Old Droog dropped Looseys — a collection of unreleased songs and remixes  — via Bandcamp earlier this month, the limited-edition vinyl pressing sold out in under five minutes. The speed with which it was snapped up underlines how much the Coney Island rapper’s status has grown since he first emerged in 2014.

Back then, as his early material was slowly seeping out, Droog’s identity remained cloaked in mystery. With no pictures available anywhere online, and only his raspy timbre and intricately-structured rhymes to go on, many listeners were convinced the whole thing was some sort of elaborate secret side project from Nas, such were Y.O.D.’s vocal similarities to God’s Son.

But despite those Nas comparisons, he hasn’t faced the same degree of pointed criticism leveled at Action Bronson, another NYC rhymer of Eastern European heritage, who’s been accused by many of being a one-dimensional Ghostface biter. However, there have still been one or two grumbles that Droog’s raps rely too much on punchlines over personality, in the absence of weightier content.

On lead single and curtain-raising thriller “GKAC,” for instance, Droog spins a pulsating yarn of a paranoid, unhinged kid who goes on a cop-killing rampage, delivered over woozy synths and rattling drums that imbue the set with a frenzied energy from the outset. Later, “Just An Interlude” and “My Girl Is A Boy” provide a ridiculously smooth flipside to the earlier sonic devastation.

Elsewhere, in between the sharp humor (ironically something Nas has often lacked) and smartly-executed bars, Droog addresses his identity on “I Only” and “White Rappers (A Good Guest).” “At the moment whites don’t claim me/But I’mma fucking go platinum when they embrace me,” he spits on the former, which flips a line from MF DOOM’s “Hey!” as its hook. The latter also evokes the Supervillain’s subversive vibe, from Droog’s DOOM-like slurred warbling (“It’s not about the color of yo’ skin!”) to the psychedelic disco-infused beat, which sounds as if it was snatched straight from Viktor Vaughn’s own bizarre box of tricks. By the song’s climax, you almost hope that ol’ Metal Face himself will show up to spit some trademark villainous shit on the track.

Still on the subject of guest spots, Danny Brown lights up “Grandma Hips” with aplomb, while Heems holds down a solid cameo on “Bangladesh.”

Droog’s music has long tapped the deep, rich well of ’80s and ‘90s New York Hip Hop, both in sound and spirit, though it’s an approach that yields rather mixed results here. “Help!” – one of the album’s standouts — twists Rob Base & DJ E-Z Rock’s classic floor-filler “I Wanna Rock” into an unremittingly noisy blast of psychedelic boom-bap, with Droog ably assisted by Boston underground mainstay Edan and Ratking’s Wiki as bombs go off in the background.

However, “Rapman” arguably leans too heavily on the “rapper-as-superhero” angle that Jeru The Damaja first sketched out more than two decades ago on “You Can’t Stop The Prophet.” Sure, the sentiment is heartfelt, with Droog taking on rappers from across the spectrum with vigor (“Listen, they a joke doin’ trap/ I’m hunting down e’ry cat spewin’ that coke rap/ With that fake-ass drug dealer image they try to portray/ Even John will tell you, that ain’t your Forte … Forced to deal with all this anguish/ Dudes mumbling, sound like they rapping in a different language/ I’ll have them enunciate every vowel and/ Make the old washed-up rappers throw the towel in/ And those doing weaker versions of what’s already been done before/ Fill their backpacks with C4…”). But beyond the rousing, atmospheric audio pyrotechnics courtesy of 88-Keys’ instrumental, the track may have worked better if Droog had just ditched the somewhat clunky “superhero with a cape and a mixtape” concept that partly weighs the track down.

Still, despite certain elements lacking a satisfactory execution, that shouldn’t detract from the wider point here. Packs is a noteworthy set loaded with supremely smart twists that capture the continuing evolution of a ferociously talented MC.