Review: Dom Kennedy Flatlines Again With "Los Angeles Is Not For Sale Vol. 1" 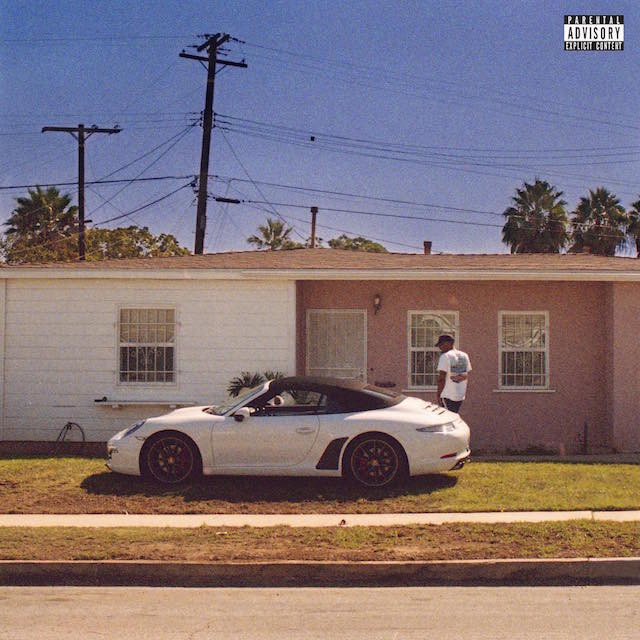 The modern state of Los Angeles Hip Hop was practically shaped by a 2009-2010 renaissance where the stars aligned to give rise to a wave of alternative acts that grew up with first-hand accounts of Death Row’s legendary cultural sweep. All hungry with their own dreams of impacting today’s generation, Top Dawg Entertainment’s Black Hippy crew, YG, Nipsey Hussle, Odd Future, Pac Div, U-N-I, Overdoz, and Hit-Boy are amongst those from this new era to make a mark matching captivating art with the internet buzz that stems from word of mouth.

Perhaps the most exciting of this new elite’s infancy, Dom Kennedy was positioned to be a breakout sensation as the quintessential inverse of gangster rap. With attributes matching a hungrier Drake (as their careers took off around the same time), his album From The Westside With Love in particular was chock full of heart, poise, self-awareness, charisma, and braggadocio that would give the old head at the barber shop fond memories of playing the field, along with a knack for macking that younger men aspired towards. While never an expert lyricist, Dom earned a due pass on the merits of his voice and technical control over production that ran in perfect synchronization with L.A.’s nine-month warm climate. In more recent years, public consensus has amounted to even his staunchest supporters noting a decline, with Los Angeles Is Not For Sale Vol. 1 being released to an audience of now mildly hopeful skeptics.

Still stumbling over himself trying to find inspiration and failing to reclaim his magic, Los Angeles Is Not For Sale extends Dom Kennedy’s artistic downward spiral for another year. Making this his fourth consecutive release (counting free mixtapes) in as many years where the output ranges from mediocre to piss poor, it seems he’s fallen under an ongoing bad spell or lost all desire to fulfill his former potential. The opener, “Let The Money Burn” has a sleepy bounce that only exacerbates Dom’s trademark simplicity and currently perceived ambivalence. Here Leimert Park’s once lively hero uses his most deadpan tone letting us in on a secret we’ve hoped he would never confirm, rhyming “I don’t fuck with rap/it’s only temporary like a fix a flat.” Luckily, he and the song’s producer (frequent collaborator) J. LBS go on to find more agreeable chemistry on the floaty “Dominic Pt. 2” as well as “We Still On Top” where rattling percussion and pretty keys distract from the more questionable experiments with flowing.

Having strayed so far from what pleases his crowd in such a short time, Dom Kennedy presently makes it difficult to tell whether his biggest issue is the shift to duller vocals or the actual delivery itself. Known for linear almost mathematically calculated approaches to writing, “T P O” defies conventional expectations, as he’s torn between riding the beat sensibly and cramming too many words into what were already mediocre bars. Managing to slow down on “In Other Words,” so little thought is placed into his couplets that it wouldn’t be a surprise if he freestyled whatever came to mind. By far the highlight of the album, “California” feels so authentically vintage that it may as well have been recorded in an earlier phase of his career. Produced by Polyester (considered by many to bring the best performances from Dom), this glimpse of perfection is immediately compromised by “The 76” where excessive accentuated pauses on the hook (“Turn the streets, any given day, to a drag strip/I’m the one, always looking, clean in the parking lot”) kill what would have otherwise been a vibe suitable for cruising.

Formerly a patron saint for Los Angeles’ Westside, Dom Kennedy is stuck at a standstill having gone from dropping regional classics to leaving fans in utter disbelief with jokes about how far he’s fallen off. While he claims that Los Angeles Is Not For Sale Vol. 1. is his most complete work to date, the project further damages his good standing as “When Im Missing U” is one of numerous examples that are too mellow to muster up interest. If we’re to give benefit of the doubt, a possible conclusion is that his increasingly subdued and disjointed style is a floundering attempt at reinvention. But with a possibly already recorded sequel on deck for early 2017, Dom may need to consider going back to the drawing board and prioritizing the talent that’s dwindled in correlation to his voice becoming deeper with age.