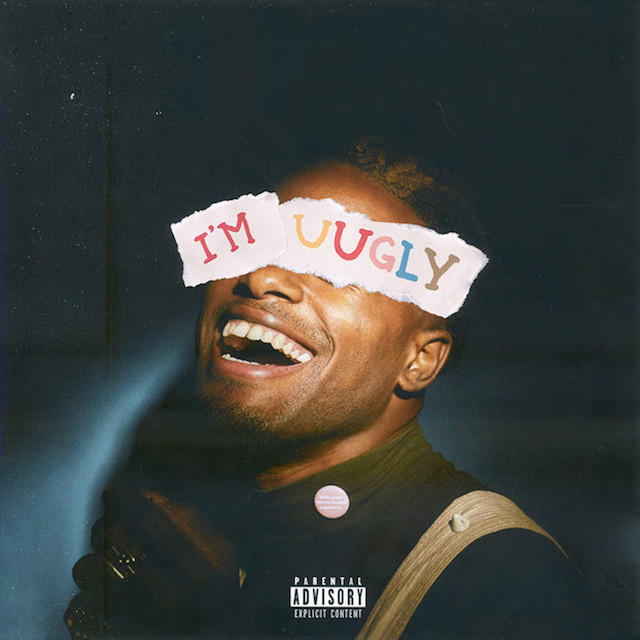 With his sights set on riding the Los Angeles wave to stardom, relative newcomer Duckwrth faces the challenge of distinguishing himself from a metropolis full of homogeneous undiscovered youngsters and their rap dreams. Fashion forward to the eclectic present, the South Central native counts Pharrell Williams and Andre 3000 amongst his major influences much like any kid found hanging in his city’s Fairfax district. As a quick follow-up to last year’s Nowhere, the EP, I’m Uugly, comes across as a determination to be the pinnacle accomplishment of Duckwrth’s constantly expanding visions.

I’m Uugly is a project full of reflection on where Duckwrth has been, with high hopes of him becoming considered within the ranks of tomorrow’s prominent performers. Conceptually well thought out, the title pertains to embracing the invincibility that accompanies one wearing flaws (whether actual or perceived) on their sleeve. Also proficient with graphic design, the up-and-comer’s intent is for listeners to hear various colors as “Blow My Mind” fuses modern soul with all-too-common trap drums. The subdued bounce of “Lowridr” finds Duckwrth attempting to make the best of life’s more cumbersome moments, as he bemoans L.A.’s subpar public transportation system, noting “I done rode on the back of the bus like all my life/But it’s funny though, ‘cause that’s where I found my wife.”

Bridging the gaps between multiple genres to different degrees of success, Duckwrth’s only glaring flaw is a lack of cohesion as he’ll seemingly try his hands at anything. Despite reading as morbid on paper, the upbeat “I’m Dead” is suitable for pop charts as it deals with staying steps ahead of negative energy. He describes funk as more of a feeling than a classification of music; an idea explored on the Prince-inspired “Get Uugly” where he and counterculture goddess Georgia Anne Muldrow throw all caution to the wind. Using his platform to shout down the social epidemic of trigger happy police, “RUUUN” makes the greatest case for Duckwrth’s present state of creativity as it switches back and forth between radio-friendly R&B and aggressive rock. Keeping in tune with the latter sound, “Blakk Rager” is a call for racial unification through the release of endorphins in mosh pits, while the Hodgy Beats-featured “Look At the Time” perfectly captures the erratic nature of turned up youth.

I’m Uugly is a twist on conscious rap where Duckwrth manages to have fun while straying from beating his audience over the head. Most impressively, he tells the stories that hit close to home in an original manner such as “100 Days,” a meditative groove on the looming threat of gang violence in his neighborhood. Effective enough at his craft, he’s yet to hone in on one path and figure out what works best for him, but it stands to reason this versatility could prove beneficial to his brand. Altogether, catchy impassioned melodies are enough to keep extended interest in Duckwrth’s alternative methods, even if the execution has yet to hit its complete stride.