Review: Blu & Fa†e Take A Strange Journey On "Open Your Optics To Optimism" 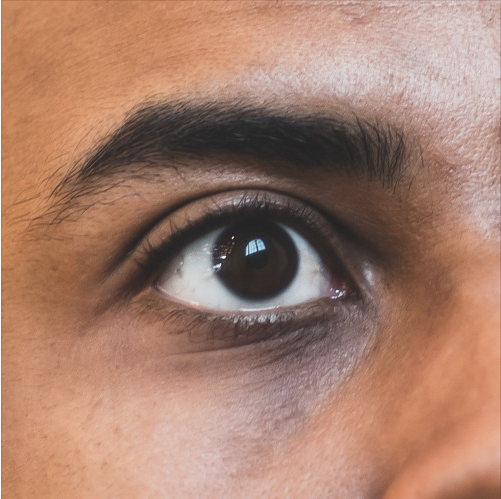 Fusing the religious and secular worlds before Kendrick Lamar and Chance The Rapper rose to prominence, Blu has spent much of his career embodying somewhat of a self-ordained prophet. From the nickname Godlee Barnes to the grand opus Below the Heavens and mixtape titled Jesus, it’s clear he’s been more preoccupied with self-completion than living up to anyone’s lofty industry expectations. Blu’s latest work Open Your Optics to Optimism takes a rather sharp left turn away from the traditionalist synergy found with producers like Exile and Nottz, as San Diego’s Fa†e enables an evolution that couldn’t have remotely been predicted.

Consistently challenging himself in efforts of advancing his craft, Blu daringly explores unfamiliar territory on Open Your Optics to Optimism. A more mellow and ambient experience, he can only hope his core audience loyally tags along, as the intro “Think” deals with reaching higher levels of consciousness through transcendental meditation. Here listeners are faced with multiple challenges, as they’re given elevated content over Fa†e’s amateurish combination of drum rattling mixed with hypnotic relaxing music akin to a sleep-inducing CD of nature sounds.

Always known for developing organic content off of raw feeling, Blu employs this concept to a near fault on Open Your Optics to Optimism. “Cosmophobia (Revisited)” has him struggling to find the pocket of a steady rhythm, juxtaposing his harder delivery over a tranquil backdrop from Fa†e while rapping in riddles. A study of man’s relationship to water and its effects on daily life, “Otionography” fares a bit better thanks to a highlight cameo from Los Angeles underground stalwart Versis, a welcome contrast to Blu speaking in prose. There’s a possibility fans will feel shortchanged, as the nine-song set includes the encyclopedic spoken word piece “His Story” which traces the billions of years between earth’s creation and Obama’s 2008 election, and “Higher (The Cosmos)” a sung interlude by vocalist Cehryl which is devoid of rapping.

Given his personal and professional struggles under the public’s watchful eye, Blu does little to dispel the myth that he tends to be an aimless drifter on Open Your Optics to Optimism. The project’s brightest moment comes by way of “Oblivia” where Milo’s off-kilter style stands out and Blu shows a glimpse of greater potential, both serving as bookends for Open Mike Eagle, who always puts his best foot forward. Tying together interstellar ideas and philosophy, Blu’s penchant for existentialist talk comes off nearly pointless and muddled by Fa†e who could stand to polish up behind the boards. One of the stranger releases attached to Blu’s name, the album doesn’t provide the instant gratification of his most regarded past work and barely serves as a worthy successor to this year’s Titans in the Flesh. In the end, a symbolic victory can be claimed on the merits of creativity and going against the grain, but we’re left wondering whether every recorded idea truly needs to be released for public consumption.