Tory Lanez - I Told You Review 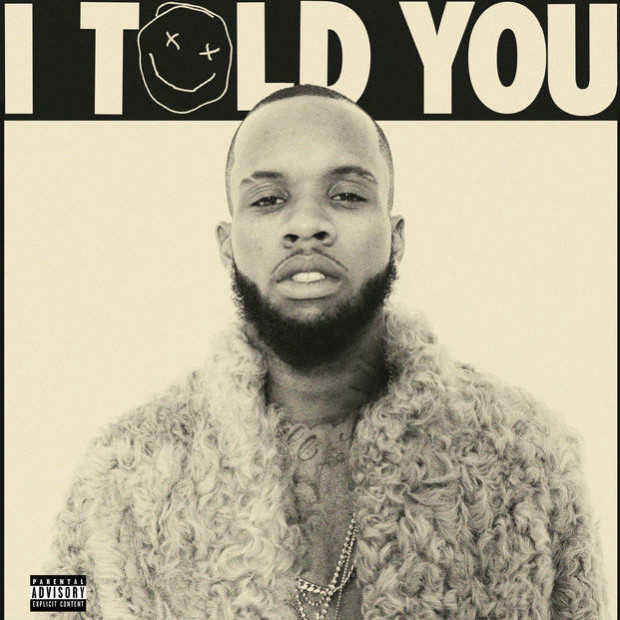 They say a rapper spends their entire life writing their first album and even though Toronto’s Tory Lanez’ has released 15 mixtapes and one EP since 2009, his official studio debut I Told You is clearly his life’s work. There was a time not too long ago when Daystar Peterson was really good at being a rapper except for the actual “rap” part. Shooting countless videos for every song, campaigning his way onto every music blog on the Internet, passing out mixtapes in Toronto malls, performing at the smallest venues and basically completing any other hustle that would help promote his music was what Tory was all about. However, the music he was promoting was never strong enough to set his career ablaze. Seven years since his emergence and the hustle has stayed the same but the music has only gotten marginally better.

I Told You serves as Lanez’ autobiography but more so as a big “F YOU” to those who maybe turned down taking his CD in the mall a half of dozen years ago. The title itself proves that he’s been aiming for this level of success since the day he decided he was going to rap. The intro skit’s opening line — “My name is Daystar Peterson and one day I’m gonna be the biggest artist in the world” — just might have caused a shoulder dislocation with such an enormous reach, but according to Lanez, this is the destiny he deserves.

When listening to this mega-28 song origin story, listeners (even already fans) will find it hard to stomach all the stops and starts. There is essentially a plot advancing skit every other song and by the 10th track, you’re unsure how much more of the saga you need to hear. Removing the 14 skits and playing through it that way would have drastically change the listening experience as there is some quality music to engage.

The Brownstone-redux “Say It”, Summer ’16 smash and panty-soaking “LUV” and “Flex” are all previously released singles have done well on their own and also bode well on an otherwise unoriginal concept album. There isn’t much on here that sets Tory apart from a lot of other artists making waves in today’s game. For instance, “4am Flex” takes a giant bite out of Kendrick Lamar’s “The Art of Peer Pressure” as the detailing about a home invasion gone wrong almost verbatim. He has even managed to adopt the increasingly popular rap/sing Drakkardnoir flow on a handful of cuts, basically resulting in moody beats with Tory’s raspy adlibs. The recurring producers on this album like Benny Blanco, Cashmere Cat and Play Picasso get top marks for crafting engagingly contemporary beats but unfortunately Tory doesn’t do much with them.

Ironically enough, I Told You doesn’t actually tell us much other than that Tory is really proud to be famous. He sounds torn between a street dude from the States, a humble guy from Canada and some kid from the middle of nowhere with immeasurable aspirations to be a popular rapper. His sound is stretched way too thin and even though he gets a little wood on the ball with some of the bigger singles, the remaining two dozen songs on here are strikeouts.