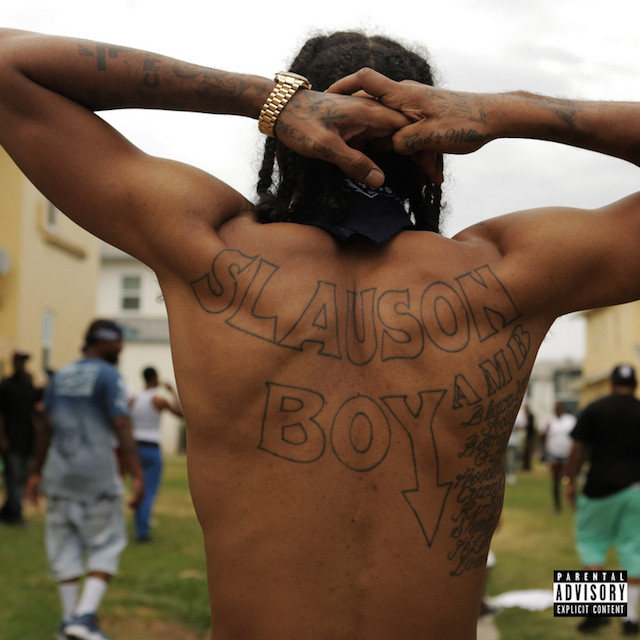 Inspiring respect on the grounds of self-sufficiency and brutal determination, Nipsey Hussle is far from the average West Coast role model. Hailing from a background devoid of glamour, it makes sense that his drive easily transitioned to the independent route after failing to find a label willing to fully back his visions. Refusing to tapdance for the industry has kept Nipsey revered as more of a niche act, with a controversial feature on YG’s “FDT” placing the most spotlight on his career as 2016 is concerned. Always in the studio ready to back up his image, Slauson Boy 2 is a recap of Nipsey’s recent cinematic “Marathon Mondays” series.

While he hasn’t fully reaped the benefits of Los Angeles’ Hip Hop renaissance, with Slauson Boy 2 Nipsey Hussle is dead set on showing the world how far meticulous planning and savage willpower have brought him. Rarely switching up his script while linking up with a diverse cast of collaborators, a newer development has been a working relationship with fellow finger twister Young Thug whose animated hysterics work well contrasted with Nipsey and Sacramento hitter Mozzy’s boasts of realness on “I Do This.” Slim Thug’s slightly more controlled composure on the smoothed out “Thug Life” proves for the second time he and Nip have an undeniable chemistry that couldn’t be predicted on paper.

While Nipsey Hussle excels at occupying his uniquely authentic lane, he pulls no punches telling stories that aren’t designed for everyone’s liking. Staunchly one-dimensional nearly to a fault, most complaints with Slauson Boy 2 (and his catalog at large) will stem from duplicated topic material no matter how convincing it comes off. “Aint Hard Enough” and “Question #1” (with a vintage appearance from Crip captain Snoop Dogg) are slightly different takes on the modern L.A. bounce birthed by DJ Mustard, but the theme remains the same throughout most of the songs: hard work from humble beginnings produced music related fortune, but it’s important we bear in mind Nipsey has never lost sight of his hood ties. Placing his bravado on the backburner just a bit to show glimpses of the angst surrounding him before the glory, “Stressed Out” details the pressures of making his family proud while repping his Rollin 60’s gang set and avoiding the trappings of the criminal justice system. Those more interested in Nipsey’s backstory will welcome this harsher dose of reality as a heartfelt departure from his countless screams of self-celebration.

Always carrying himself in a certified fashion that can’t be fabricated, Nipsey Hussle’s gritty delivery continues to give a voice to the have nots and the hopeless. Far from flawed at the craft of rapping, highlights like the DJ Khalil/1500 Or Nothin produced slapper “Status Symbol 2” distract listeners from him being stubbornly myopic in the booth. Slauson Boy 2 could give way to worthy debate on the power and appeal of street credibility that only resonates strongly within familiar demographics, but it is the diehards accepting of the repetitious non-fiction that winds up making the greatest case for his work. Perhaps constant reminders of his grind come from a place of relief now that he’s doing better, but this lack of diversity is the only thing in the way of Nipsey realizing his full artistic potential.

Having yet to crack the code of becoming a true breakout sensation, it really seems to boil down to whether or not he’s willing to make concessions and polish up his act to ascend to the next level.