Belly - Another Day In Paradise Review 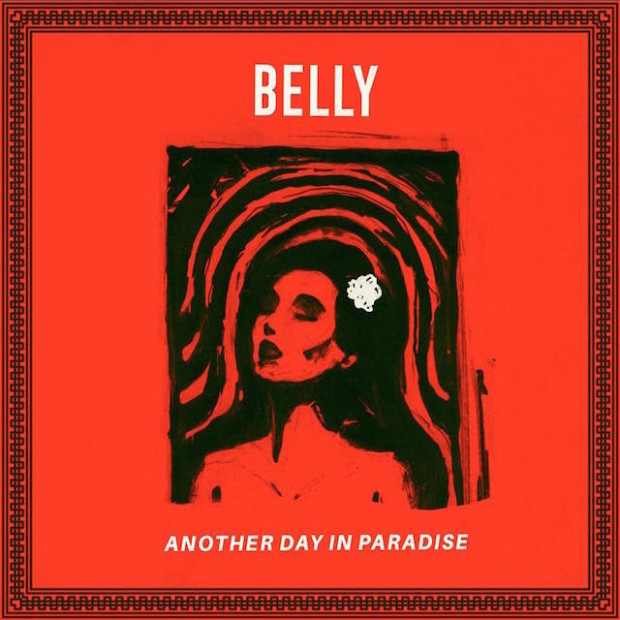 Belly signing to Roc Nation back in November of last year might have come as a surprise to many. Even though he’s been steadily making music for eleven years, the Ottawa rapper hasn’t made a real splash on the Hip Hop scene lately, and until this Roc Nation deal, his biggest claim to fame was 2006’s hit song “Pressure.” Over the course of his grind, the languid rhymer has released a grand total of six mixtapes and two albums that kept his name semi-relevant but clearly pertinent enough to land him on Jay Z’s team. It’s safe to say that he’s come a long way since the aforementioned Ginuwine-assisted hit ten years ago and his newest album, Another Day in Paradise, looks to propel him to the top of modern day rap conversations.

Another Day in Paradise is Belly’s third official album and perhaps his most camouflaged into today’s “popular” sound. It’s a collection of 12 songs that are essentially carbon copies of the the current modus operandi: trap beats, lazy rhymes and copious amounts of Xanax and wave references. All of which can make for strong rap music but there are just too many more rappers using this style but at a much higher level. As time has progressed and as Belly maneuvers through his career, it’s unfortunate to see that his storyline hasn’t been furthered in any way. Songs don’t necessarily all sound the same but they don’t present any unique charisma or perspective.

“Money Go” featuring Travi$ Scott is a prime example of Belly mimicking his featured counterpart as the drugged out flex that could have doubled as a Rodeo bonus track. Belly is so clearly channeling Scott’s style on the chorus and throughout the verses that it’s hard to tell them apart at certain points. The lyrics are basic and the flow follows the same trajectory for the entire three-and-a-half minutes. Despite Belly’s lack of uniqueness, this track along with “Ballerina” and “Exotic” have the potential to squeak into the gentleman’s club rotation this summer due to their dancer friendly bounce. “You” with Kehlani is a tad more versatile but Kehlani’s vocals on the chorus are the real MVP.

The production is the most consistently pleasing part of the whole album. Sonically, it’s the perfect soundtrack to play in the background as those listening proceed to drown themselves in lean and Bombay Sapphire. Musically the stumbles are kept to a minimum and Velous especially hits the target on “Money Go.” As for Belly, “Favorite Color” highlights his best bars on the album — “Might’ve been from the pills, I guess that’s an either or/Dumb, I think numb ‘cause I know pain/ I think love killed us like Cobain,” yet keep in mind this line of quality is promptly followed up with the cringe worthy-ness of “Ten years out the dope game, I still smell like cocaine” which is incredibly corny; especially coming from a rapper straight out of Canada’s capital city.

The Weeknd is noticeably absent on the project; somewhat of an outlier considering the success of 2015’s “Might Not” and their obvious camaraderie; collectively refusing to perform on Jimmy Kimmel due to Trump’s appearance last week. Nevertheless, Belly stills tries to channel some of The Weeknd’s drugged out crescendos on the spacey title track. Juicy J shows up on one of the album’s best track “Zanzibar”; another catchy chorus track that might just weasel its way onto a couple turn up playlists at strip clubs and beyond.

Another Day in Paradise isn’t a slam dunk by any stretch but won’t force Jay drop him from the team, either. If anything, it reassures us that Belly is dead set on making faded mood music while trying to sound as current as possible. The consistency makes it listenable but the lack of anything terribly original won’t give it the set of legs it needs to be carried further than the summer club rotations.