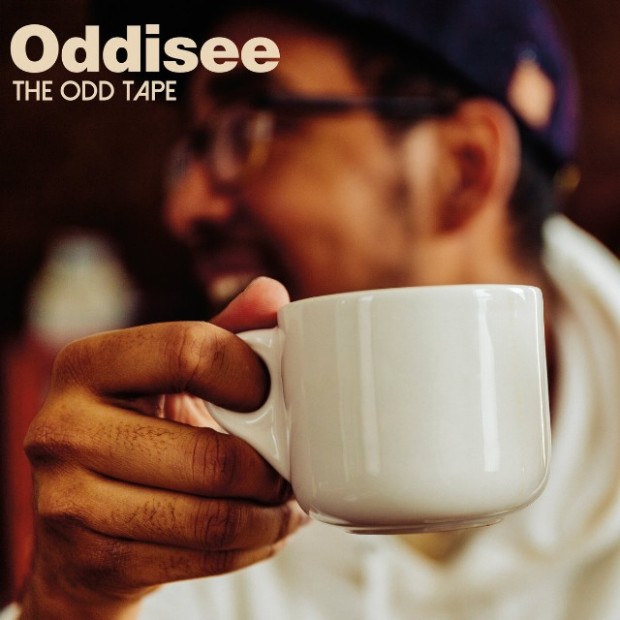 The Odd Tape, the latest project from DMV-born, Brooklyn-based rapper and producer Oddisee, begins with a soothing laid-back beat that is counterintuitive to the track’s title, “Alarmed.” Filled with light piano notes, snare drum rolls and a looped electronic chorus that comes across as a mix between the music of the Far East and music from outer space, the album’s melodic beginning is set to signify the start of Oddisee’s day.

A concept beat tape that chronicles a day in the life of Oddisee, foregoing his critically acclaimed lyricism in place of equally outstanding production, The Odd Tape is a mix of instrumental work – a throwback to the samples of ‘90s – and new age electronic work. The result is a showcase in the musical prowess of the producer, who has created an album that can be enjoyed at coffee shops and Hip Hop shows alike.

In the post-sampling age, producers have found ways to work around the restrictions that are often encountered when trying to use the works of past jazz, soul and funk greats. Throughout The Odd Tape, it is apparent that Oddisee has placed a focus on live instrumentation, utilizing nearly ever apparatus in his arsenal.

On “Right Side of the Bed,” a track that places the listener in Oddisee’s slippers as he rises from his mattress, the staple Hip Hop snare is joined by a repetitive string of tenor sax and key notes, crashing symbols and even a muted guitar solo. Remove the snare and The Odd Tape might as well be a new age jazz project.

For those that are looking for more of a Hip Hop feel, tracks like “No Sugar No Cream” have a harder bite, with a few of the same instruments (snare, kick drum, symbols and keys) but an added sample that is used in a way that will surely feel like as much of a throwback as the album itself. The song’s tail end, while still relaxed, offers a neck-snapping snare, perhaps a tool used to give The Odd Tape the ability to translate better to live performances. True to its title, “The Drawing Board” comes across as the album’s most experimental track. Trumpets blare and fingers dance across keys, giving it a jazzy feel that is much further from the Hip Hop vibe found on previous songs. Though the album itself is undoubtedly experimental, it is also decidedly Hip Hop, with “The Drawing Board” sticking out as a moment of creation far from the muted-yet-hard-hitting snare of “Silver Lining,” which sounds like the final moments of a Pete Rock track.

After being “Out at Night” and taking the “Long Way Home,” The Odd Tape ends with “Still Sleeping,” an ode to the dream state and lazy Sunday mornings. There are rising and falling electronic musings and a sense of cohesive confusion that flows throughout the nearly seven-minute track. As the album comes to a close, strings whirring overtop snare, heads looking for more jolts of adrenaline may head elsewhere but everyone else will hit play and relive Oddisee’s day all over again.