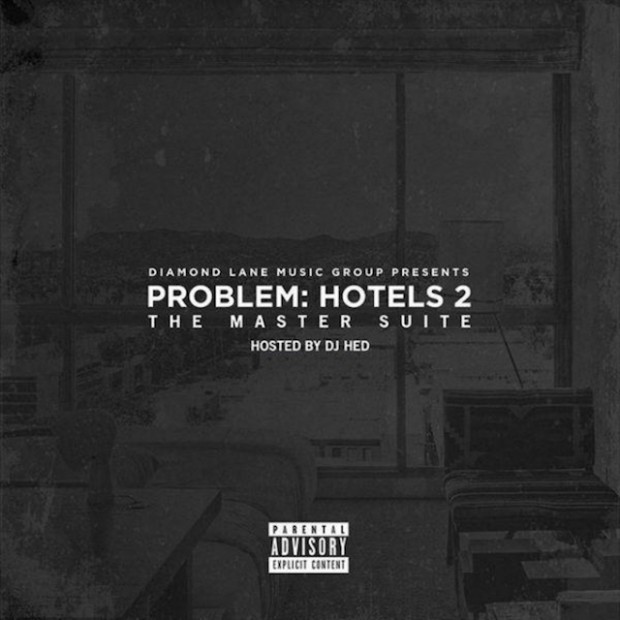 If you can consider the past couple years in Hip Hop as a “West Coast resurgence” then Problem is definitely part of that revival. His latest offering, Hotels 2: The Master Suite, aims to give him the stability he needs.

On Hotels 2, Problem accomplishes the difficult task of holding a consistent style while keeping things exciting from cut to cut. The secret to that very success is the tape’s centerpiece and undeniable inspiration; women. In a recent interview with HipHopDX, Problem claimed that he set out to tailor this particular project to women of all kinds. Over the course of the tape you really get an ample taste of both ends of the spectrum. One moment he’s graphically slandering the opposite sex on tracks like “She Like That” and “Best Pussy” then on “What Have You Done to Me” and “I Love You” he’s made a complete 180° switch to Mr. Romance.

Unlike other projects from Problem, on Hotels 2 he makes a noticeable effort of tapping into his West Coast roots. Sonically, the tape is a melting pot of different West Coast sounds –one part new age G-Funk, one part hyphy bounce and some sprinkled in trap tendencies. Slow claps and rolling snares are met with digital synths and plenty of Diamond Lane Music Group drops. Problem handles a stern amount of the producing but there are still over fifteen producers that lay their beats to this tape and that’s not to mention the fifteen other artists that are featured throughout. Snoop Dogg makes an appearance on “How the Game Goes” in which Problem takes a page from Tha Doggfather’s book and hits the track with a laid back delivery and slick lyrics. He even goes as far to say “I’m actually from Compton, I don’t say it ‘cause it sound good” just in case you questioned Problem’s authenticity.

There is a little self-analysis on the track “Heartbreak Hotel” but nothing surpasses the complexity of lines like “With this dick, I’m a natural like an afro” which is a little disappointing but ultimately expected. Of course we love to see a rapper with Problem’s potential spit bigger and better rhymes than simple AABB patterns but based on the lyrical prowess displayed here, it’s clear that gangster grooves oozing with slick talk seem to be more his speed.

Problem undoubtedly has a promising career ahead of him and Hotels 2 reinforces that. He has the ability to make catchy music that stays incredibly true to his West Coast roots. If he keeps steadily improving his production talents and obtains notoriety with Rosecrans, his collaboration project with the legendary DJ Quik, then The Chach could become a real problem for some of these other stars that claim the coast.