Lil Uzi Vert Vs. The World 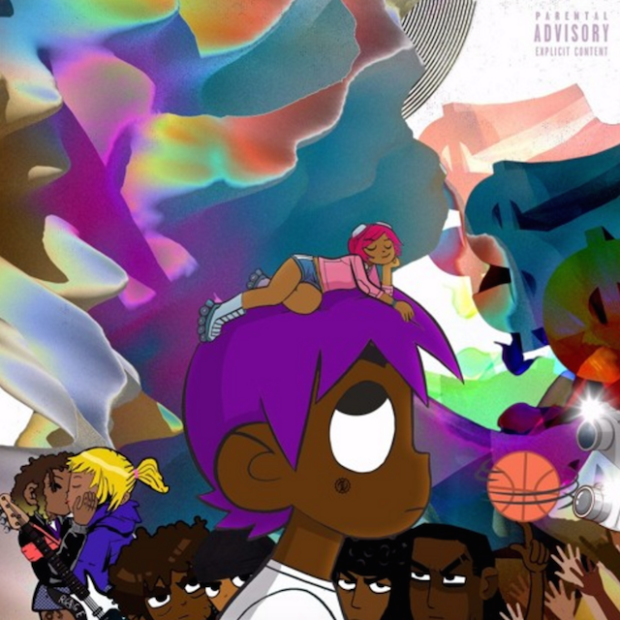 Lil Uzi Vert’s rags to rockstar story is unabashedly simple: in high school his friend got popular rapping and he didn’t particularly enjoy the shift in attention. Lil Uzi wanted to stand out. What glam rock is to the classics, Uzi is to his ATL contemporaries. Both Uzi, and another cult hero in his class, Lil Yachty, are derivative artists that manage to sidestep comparisons by focusing on synthesizing their obvious influences into a shiny new sound. Because of this, any similarities you may see between them and the likes of Chief Keef, Young Thug or Future (including, but not limited to, cut-and-pasted ad-libs) ultimately prove inconsequential.

The focus of Lil Uzi Vert Vs. The World is aesthetic and, on that front, the production is enthralling. Frequent collaborators Don Cannon and Maaly Raw steal the show with their ear for unique sounds. Off-kilter melodies led by accordions might flare on to the scene at any given moment, while serene synths continuously threatens to overwhelm the canvas. Metro Boomin secures two tracks in the middle and offers up some of his most subtle work in recent memory. However, Metro’s newfound stardom doesn’t stop him from being outshined by the other three composers — the third being Wondagurl on the melancholic closer, “Scott and Ramona.” Even the sequencing is carefully mapped, with Maaly following up his ferocious opener with the quirky drone of “Hi Roller,” before purposefully tripping into the delirious collaborative effort with Cannon, “Money Longer.” It’s a perfect handoff.

Unfortunately, the heavily involved production turns out to be as much of a crutch as it as an asset. The potential is there for Uzi to dip into soaring ballads as well as underground anthems (“Team Rocket” vs “Money Longer”), but as of now his sound has too many bells and whistles to be truly transcendent. When tracks such as “Scott and Ramona” reach for moments of clarity, they drag due to Uzi’s stiff emoting and, more times than not, Uzi comes of as an excitable fan hogging the mic at karaoke night. Verses frequently induce an eyeroll (ironically, Uzi’s trademark move) and empty cuts such as “Baby Are You Home” quickly prove expendable.

The funky “Ps & Qs,” finds a middle ground between his diverging styles and sees Uzi directly taunting his girlfriend’s ex. It’s menacing yet playful, a mix of bravado and nostalgia, and other standouts such as the trio of tracks that open up the tape all sit comfortably in this same groove. Uzi is a caricature living in a cartoon wonderland of lean, love and lust, and he thrives in that niche. By the final two sappy odes to his sweetheart you can almost picture Uzi standing outside Brittany’s window, serenading her with a Beats Pill. He just caught himself a very rare “Mewtwo” and now him and his girl hop from movie to cartoon, cartoon to comic, playing Bonnie and Clyde, Ramona and Scott, and every couple in between.

Luv Is Rage is the more ambitious effort, but Uzi trims the fat to present a more polished package. Flows aren’t as unhinged as on his previous release (see: “Enemies” or “All My Chains”) but the songs are tighter and the direction is more distinctive. On Lil Uzi Vert Vs. The World, the 21-year-old self-proclaimed rockstar doubles down on the pop-sensibility found on last year’s breakout tape and continues to take the genre in a divisive new direction.