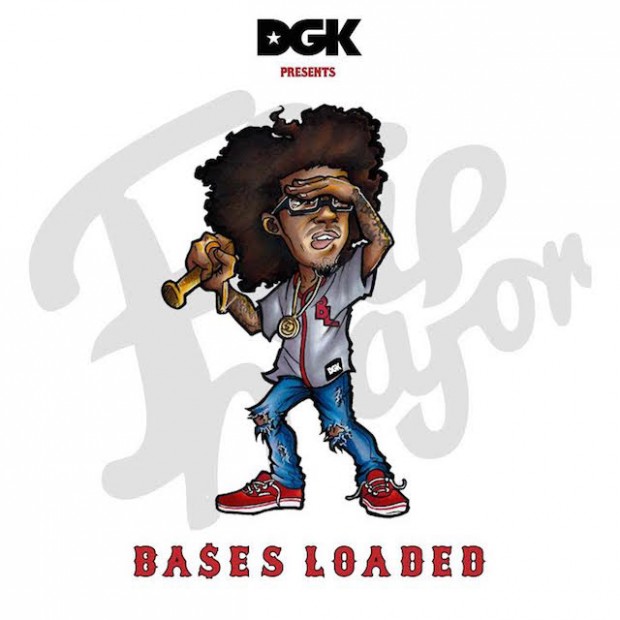 It’s clear Flip Major is trying to do exactly what his name implies — flip his raps on a major level. His Ba$es Loaded project aims to have mass appeal with catchy, trap-style beats, Auto-Tune, drug references galore and a never ending pursuit of as many women as possible. It’s what you’d expect from a young kid from Southern California, where they live life on a whim and the weather is always conducive to being out and about. Wisely, he even tries to extend his reach coast-to-coast by enlisting fellow MCs for features such as New Yorker Emilio Rojas, in hopes of getting on the National League radar. Yet, Flip still remains relatable and uniquely Californian. There’s no extravagance, no mention of exotic cars. Instead it’s shoutouts to LA-based skate company DGK, and talking about how he’ll “only rock vans, baby, I don’t do Manolos” (“Daylight”).

There are the tracks which are potential strip club joints (“Deep End” featuring Audio Push), the odes to his squad (“Day Ones”), and the more introspective closer addressing some of life’s hurdles (“Been Through It All” produced by Authentic). There’s enough variety that it’s okay the rest of the mixtape is basically a Hennessy and weed-fueled party, with that Cali chill factor which still makes it suitable windows-down music.

Highlights include “Catch My Vibe,” a synthy, trunk rattling danceable track from producer Ekzakt with club and radio potential, which also has that quintessential West Coast bounce to it. It’s obvious Flip Major loves Mary Jane, and any true weed head knows that marijuana goes hand-in-hand with reggae and dancehall, so it’s only right that the infectious hook even throws in a low key shout out to Wayne Wonder’s “No Letting Go.” His bars shine on cuts like “Shut Up,” which leaves the singing hooks behind and shows Major approaching the mic in a more aggressive way.

Sure, there’s room for some improvement and maturity from the young talent, but Ba$es Loaded is a very solid start. The lane Flip Major is traveling in is well-marked; the goal here is hits that spread the California love to places far beyond the Sunshine State.