Dej Loaf - All Jokes Aside 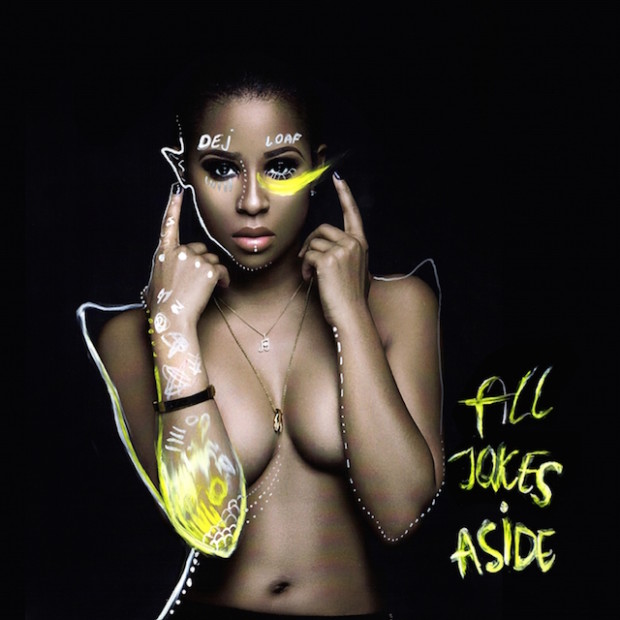 Back with a new scantily clad, femme image adorning her latest mixtape’s cover, Detroit’s Dej Loaf presented her latest effort, All Jokes Aside. The eleven track offering boasts almost no features (the only appearance comes from a Silkk the Shocker verse), and a repetitive production lineup, which keeps the spotlight on Dej, but leaves little room for fluctuations in her overall half-crooning-half-rapping breed of vocals.

Production on the mixtape sees multiple appearances from a small handful of people, most prominently DDS (of “Try Me” fame). He seems to shine the most on the Jokes opener, “Who Am I” (the first track, though not marked as an intro, is a short and unmemorable just-over-a-minute auditory warmup). In her typical singsongy, almost offbeat cadence, Dej Loaf humbly gets introspective and sentimental, reminiscing about her hometown with lines such as “we takin’ shots of Hennessy, done had like six a piece, that’s that Detroit in me, so many memories.”

The Sonny Digital-produced “I’m Gon’ Win” will likely pique the most interest to the casual listener. Dej makes a wise executive decision by taking a break and letting the beat rock for a bit toward the end of the track. Most of the rest of All Jokes Aside, in terms of production, is embellished by very simplistic piano riffs which eventually get redundant, and it’s nice to hear at least a bit of a difference in sound.

When Dej decides to switch up her delivery comes in the form of “Chase Mine,” a more drum-prominent, true school Hip Hop style track where she gives up the singing and delivers straight bars…minus the hook, where she decides to exercise her vocal range again. She sounds pleasantly comfortable spitting on this, which is a bit surprising since she’s not the one known for kicking sixteens.

It’s no secret that Dej Loaf has a unique voice and style, and although it’s commendable that she consistently sticks to her trademark style, disappointment will ensue if the only thing she changes up is her look on the mixtape’s artwork. Still, re-existing fans will find this to be a solid offering to hold their attention until the young Loaf finally releases her studio debut.