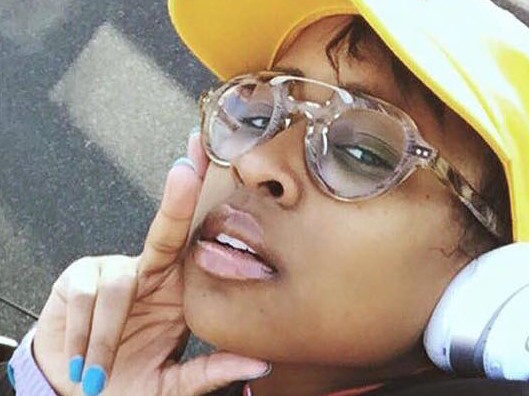 The project is made up of 11 tracks. Sonny Digital produced “Im Gon’ Win” and Silkk The Shocker appears on “Bout That.”

This is the Detroit rapper‘s first project since 2014’s Sell Sole, but DeJ Loaf has appeared as a feature for many artists including The Game, Kid Ink and Lil Durk.

DeJ Loaf’s All Jokes Aside cover art, tracklist and mixtape stream are below:

(This article was first published on April 5, 2016 and is as follows.)

DeJ Loaf has announced her forthcoming All Jokes Aside project.

“I’ve Been Taking Care Of Business,” the Detroit artist wrote on an Instagram post yesterday (April 4) that features a video clip promoting the project.

The 11-cut collection is set to feature Silkk The Shocker on “Bout Dat.” Master P’s younger brother is the only announced guest on the release.

“Take Your Seats the Show is about To Begin,” DeJ Loaf wrote today (April 5) as the comment on an Instagram post announcing the All Jokes Aside tracklist.

In February, she was named among Forbes’ “Hip-Hop Cash Princes” 2016 thanks to the success of her “Try Me” single and her work with Kid Ink on his gold “Be Real” single, among other things.

The Instagram posts featuring the All Jokes Aside cover art and tracklist are as follows, as is the tracklist:

Take Your Seats the Show is about To Begin #AllJokesAside ✨?