Jerreau - Never How You Plan 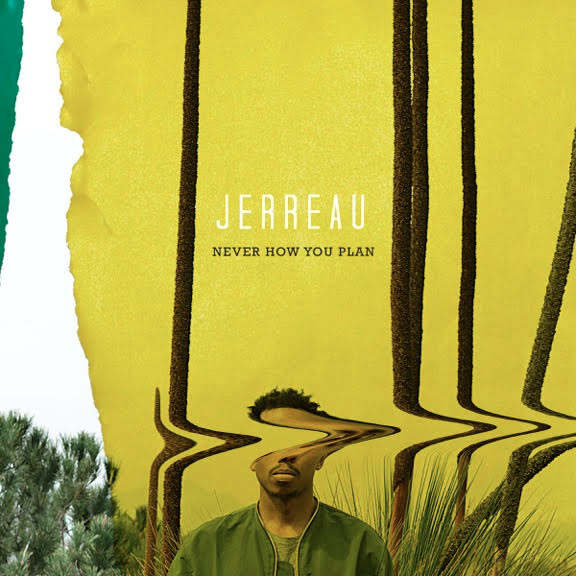 There always comes a time when the leader of a group wants to branch off and do their own thing. For better or worse, this often leads to an exciting journey that allows the artist to create the music they want to do without any egos or opinions restricting them. Fly.Union, the Columbus, Ohio trio who saw their popularity soared after their 2011 debut The Greater Than Club, remained active from 2013 on until an unannounced hiatus. For reasons still unknown, Fly Dot U have disbanded, which leaves frontman Jerreau with the freedom to release his first solo endeavor, Never How You Plan, which doesn’t deviate from the foundation the group had built.

While Jerreau gets assistance from Fly.Union members (Iyeball and Jayswifa) along with ThomxLite, @GoodGuyDez and Sport on the album’s blissful production, he’s at the center of attention–think similarly to when a Scarface or a Q-Tip gained more prominence outside their respective groups. Jerreau has lowkey been rapping on the side for a while, where most heads were impressed after he dropped “Dreams BankReau Can Buy.” According to him, Never How You Plan is an accumulation of constant change in his life and that the stories told on the album are very real. Throughout the 14 tracks, Jerreau handles familiar topics in Hip Hop—chasing dreams, cooling with your homies, getting with women—with confidence and swagger of an MC who has been itching to do things on his own terms.

Something like “Make a Play (M.A.P)” fall into the soulful trap and conscious rhyming lanes that are trending in 2016. Jerreau floats over these types of songs, rapping in the pocket with strong sport references like “For 200 Ms, I might have to D-Rose the knee up / Euro-step to the bank, travel like I need a Beamer,” he raps on “Make a Play.” The track is probably the best example of the direction he wants to go with his career, mentioning a time when he signed a deal, got out of it, and now is creating a “new feel” with his material. Then there’s “All Night,” with its soothing hook and staccato flow, might recall something out of Drake’s playbook. But it works for Jerreau, who adapts the delivery with some infectious rhymes: “I got the drink at the house / And I might pull up on you now / I’m outside – you should come down.”

A few things that might detract you from listening to Jerreau is his music falls into similar territory of Fly.Union’s catalog. The group became known for making motivational and boastful tracks, and Jerreau doesn’t really switch the style up too much. For an MC who is still establishing who he wants to be, Never How You Plan plays like an offshoot “Fly.Union Presents…” type of album, mainly because Iyeball and Jayswifa produced five tracks apiece, making up the majority of the album’s airy sonics. Songs like “Love for You 2” (a continuation of the TGTC cut) and “The Flow” could have benefitted from a feature from his Fly.U cohorts, breaking up the monotony of Jerreau’s verses at times. After several listens, it’s apparent Jerreau has improved greatly as a rapper, but listeners (old and new) will likely dig into Fly.Union’s past work for a better experience.

Never How You Plan is a sign that The Greater Than Club is in a transition period as Jerreau steps into the role of carrying the legacy on his shoulders. Although the status of Fly.Union as a group is undetermined in 2016, it’s comforting for fans to see an artist focused on executing a vision he sees for himself that may not involve his crew. Even with its minor faults, Never How You Plan is a fitting introduction for Jerreau’s next chapter.