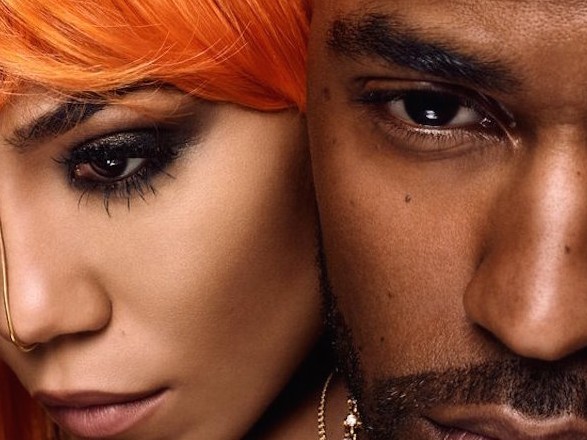 It really shouldn’t be a surprise to anyone that Big Sean and Jhené Aiko have joined forces for a full-length project. The two have collaborated on more than a few tracks over the past couple years, all of which received positive feedback but more importantly, solidified their undeniable chemistry as they seemingly share identical alleles of emotional intelligence. Big Sean’s Dark Sky Paradise featured “I Know” and “Stay Down” both having Aiko lend her sultry vocals. Neither was a smash hit but helped carve out the album’s deeper, more intimate appeal. Their audio history naturally revolves around relationships and the interactions between men and women; something both artists know a thing or two about. TWENTY88 takes that theme of love and lust a step further by stretching it across eight distinctive songs, each touching on the ins and outs of the male/female experience.

It isn’t outlandish to say that TWENTY88 is a concept album. It doesn’t necessarily follow a singular narrative per se but similar to Deltron 3030, there is an overarching theme that’s hard to miss. Per a recent convo with Flaunt, they borrow essence from Pam Grier’s Coffy, Roger Moore’s Bond-era and even last year’s sci-fi bonanza, Ex Machina in an upcoming visual, which transcends into the music as well.

The album opens up with “Déjà Vu” which balances both sides of this described “relationship” the reveals the pairs uncanny ability to articulate relationships in song form. At one point during Jhené’s verse it literally seems like she’s talking to Sean as if they’ve been dating for years. “Cause I stuck around for you/ when your ass wasn’t doing shit but running around the D wrapping nothing but them muthafuckin’ Swisher Sweets” is so convincingly authentic, you’d think she was applying real-life experience.

Sean’s rapping is also very strong, from a technical and emotional standpoint. He delivers clear and concise verses with enough rasp and cadence to mirror Jhené’s moody tones. Don’t expect the type of lyrical spazzing we heard on “Paradise” but these the tight-knit product strengthens the argument that Sean is at his best when rapping about the opposite sex. Although both artists get their fair share of shine, Sean plays MVP for much of the album, especially on “2 Minute Warning.” The track gets help from Detail and even a surprise appearance from K-Ci and JoJo but Sean’s rapping sounds so genuine it’s hard to focus on anything else.

The production is handled mainly by longtime Sean collaborator Key Wane with some drum pattern assists from Da Internz. The sound is cohesive and easy to navigate but is deficient of anything overly creative. From a music and songwriting standpoint, there isn’t much risk taken by anyone. The beats sound fairly similar and the song structures follow a common pattern. It would have been interesting to hear Sean and Jhené perform over a keys-driven track or even an acoustic backdrop. Both artists are incredibly original, especially when together, but a lack of edge—especially for a relationship driven package—is evident here.

“Push It” serves as the only track that makes a strive for said edge as the lyrics are so explicit, they border on being considered adult movie dialogue. The album totters from love highs on songs like “On the Way” to feeling frustrations on “Selfish” but it’s on “Memories Faded” where the relationships finds its biggest struggle. The latter will undoubtedly become a modern breakup anthem with the chorus being centered around “I got all these memories faded of you/With me being faded with you.” Both Sean and Jhené share their realest lines on this cut. “Remembering when your name was blinking on the phone/Back when we would chill” may seem simple but when rapped over the sulky beat, it hits home. Expect it to appear on Kyrie Irving’s Recently Added playlist in the near future.

TWENTY88 is a pleasant surprise from two artists who are the top of their respective games. Their chemistry is unquestionable and the music derived from that unique harmony is constantly improving. Whether this is a complete one-off project or if they continue to make music under this duo moniker remains to be seen but for now, these eight songs will tide over the hopeless romantic in everyone.