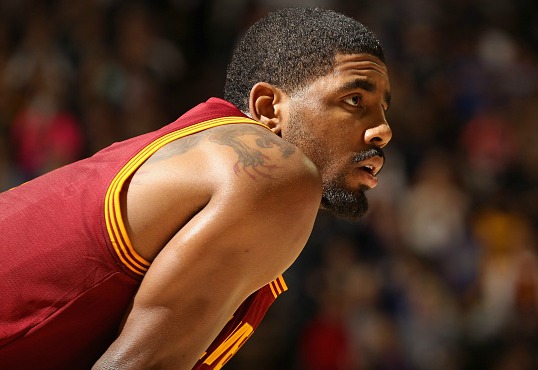 Kyrie Irving felt compelled to address all rumors this evening (March 30) regarding the notion that Kehlani tried to commit suicide after she was outed cheating on the NBA All-Star with her ex-boyfriend, PARTYNEXTDOOR.

“Nothing but love and compassion over this way for her and her family,” Irving, 24, said in a series of since deleted tweets. “My only focus the Game I love to play every night. It’s unfortunate that it’s received so much attention but its become bigger because of a post that was misunderstood. Of this non sense that could have been avoided, but Me and Kehlani were not dating when the picture came out.”

In the wee hours of March 29, the Grammy-nominated Kehlani revealed through the world through her now post-free Instagram account that she wanted to end her life following a separate Instagram post from PARTYNEXTDOOR that read, “After all the shenanigans, still got the R&B singer back in my bed.” The OVO Sound artist has gotten off relatively easy from a social media standpoint (just ask Chris Brown) but Irving acknowledged where he felt the root of the problem ultimately began.

“It’s been hard to see what’s been going on and not address the truth. I do not justify the picture or what dude did to try and spark all,” he continued.

Directly responding to rumors (especially during a regular season) is not exactly a common practice amongst professional athletes, as the Cavs are in the thick of locking down the number one playoff spot in the Eastern Conference. Kehlani has since returned home from the hospital and is recovering in California.

““Healthy, home and with people who love me. Thank you for all support,” she captioned on an Instagram photo of a flower before deleting it.

Watch the following DX Daily to get more in-depth of the story.