The Outfit, TX - Down By The Trinity 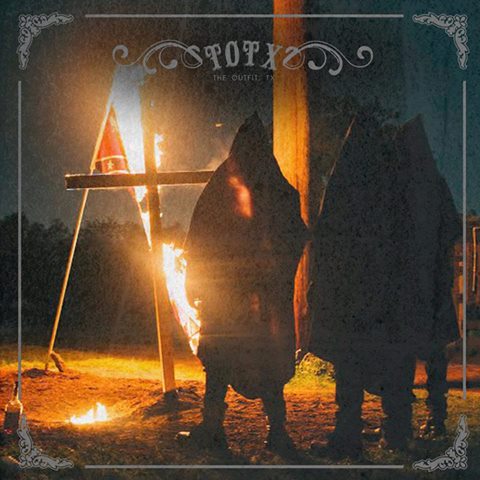 For over two decades, Houston has sat as a cultural hub in Southern Hip Hop for obvious reasons ranging from early Rap-A-Lot to Swishahouse. Even the newer crop of artists including Beatking and The Sauce Twinz ensure “Space City” remains in the consciousness of those vested in regions’ musical output. Being the nation’s fourth largest city has its perks exposure wise. Meanwhile, Dallas has unfortunately been placed in the background despite molding significant individuals like The D.O.C. who gained traction himself after making his way west or Erykah Badu and local legend Kottonmouth. Even minor recent gains like Lil Wil’s “My Dougie” found itself hijacked by Cali Swag District for global phenomenon “Teach Me How To Dougie.”  That notion couldn’t have been more demolished as The Big D is carefully being watched as the next city to blow in Hip Hop. And, some gains have already been made. Thanks in-part to a new alternative scene, emcees such as Justus, A.Dd+, Buffalo Black and Sam Lao among others are paving the way previously unseen in the area.

One Dallas trio making much-deserved noise musically and stylistically is The Outfit, TX. Since dropping their 2012 Starships & Rockets: Cooly Fooly Space Age Funk, the group’s unique blend of down south bass and southern rock has made them a pivotal group for the area’s Hip Hop scene. Their follow-up Cognac / Four Corner Room further expanded their sound. Earlier this year, Dorian, Mel and JayHawk dropped the well-received Deep Ellum EP named after Dallas’ art center. As 2015 comes to a close, The Outfit,TX releases their best album to date Down By The Trinity. Arguably runner-up for one of the best Southern rap albums of the year, the album provides the chance for maxing out anyone’s sound system capabilities as they ride the slab. However, beneath the off-kilter production, there’s a Southern apocalyptic tale that rides the line of bouncy jams and flat-out hopelessness.

Production for Down By The Trinity is primarily handled by Mel and Dorian. Both are in full control of the project’s sonic direction that at times feels very post-Yeezus in its industrial inspiration. Opener “Burn$” sets the stage for Down By The Trinity lead single “Wild Turkey” before that track transitions to “Gold Teeth.” From the start, their third-full length album is definitely steeped in Texas. The opening lyrics that feel very Pimp C’ish by way of: “Two bitches in the truck/ pussy nigga you dick in the butt/ got bout two sips in the cup / two sticks in the mud/ shit, screw lips with a mug/ blue chips and a slug.” The energy heightens for Down By The Trinity’s first real “turn-up” moments through “Light It Up.” A joint transferable between hipster clubs and epic backwood campfires lends itself to aspirational moments like, “Bet cha don’t believe fat meat is greasy / And you gone have to eat the pig when you see me / You hoes gon have to fuck the clique don’t be sleazy.”

Down By The Trinity is at its best during those excruciatingly bleak moments. “Highs & Lows” features a hook so desperate as The Outfit,TX chants “I’m tired, so tired / need anything to get me higher.” That level of despair becomes even heavier on “Working Title” featuring an interesting lyrical moment: “Feeling like Biggie’s first album / I’ve been dreaming bout number six with the words of Malcolm / feeling like we can’t change the outcome / so fuck it watch how niggas come out / pride never gone run out / sunny south with the guns out.” The desolate pace of Down By The Trinity really comes together on album highlight “Flame Emoji.“ Emotive anecdotes about their current status within rap and while managing their own personal realities. Closing the album, “Burning Trees” is a fairly spectacular seven-minute guitar solo by Ricky Fontaine who is featured frequently on Down By The Trinity.

With Southern rap and popular music finding inspiration from Atlanta’s simplistic yet effective usage of 808s, it’s fairly refreshing watching Dallas really develop into its own. Down By The Trinity serves as a prime example of where the area’s Hip Hop scene is going. For all the slick production wizardry the rapper/producer collective offers, there’s a level of depth waiting in the group’s stark reality.