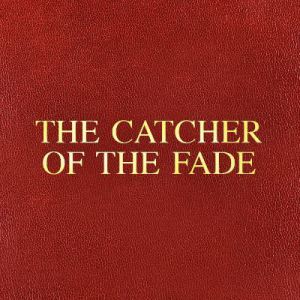 Similar to the Chance The Rapper and Lil B’s Free Based Freestyles mixtape that dropped in August, The Catcher Of The Fade really serves no real purpose. That doesn’t stop the project featuring Hellfyre Club members including Open Mike Eagle, Busdriver, VerBS and milo among other LA underground emcees from dropping a project steeped in high-quality stream of conscious rhymes. Featuring fairly fantastic beats by Team Supreme, The Catcher Of The Fade feels more like an extremely entertaining parkside pick-up game of basketball that’ll eventually become the stuff of legends. Even the lack of name attached to the title proves how loose the structure feels at times. There’s just a beat and the order in which the emcees appears. Yes, it’s just that simple. The first two tracks “1 of mine” and “DASH” are the best examples. The opener sounds like a childlike dream sequence, serving as a warm-up for the more aggressive follow-up. Something that becomes apparent earlier on, each of the four tracks really offers completely different vibes that still manage to flow together quite well.

However, by the time “Lyp” makes an appearance, there’s the promise of something that could eventually evolve into a full-length project one day. A contemporary take on Project Blowed influenced jazz raps, Busdriver delivers a fairly catchy hook while he Open Mike Eagle, Nietzche Cortez and Promnite just spit the wittiest things that come to mind. Interestingly enough, it’s also the longest track on the project clocking in at over five minutes. The Catcher Of The Fade wraps up nicely through “building gray” which features some standout bars from milo, VerBS and Penthouse Penthouse. Even if the crew doesn’t take themselves seriously, there’s a level of technical proficiency always following behind.

The Catcher Of The Fade at best is a collection of ideas that sounds like excellent second or third drafts. Only 14 minutes in length, what the project gleefully lacks in sheer ambition, it instead straddles the line between instant gratification and something worth more listens despite only being four tracks. Hopefully, this can lead to something bigger as the foundation has already been laid.