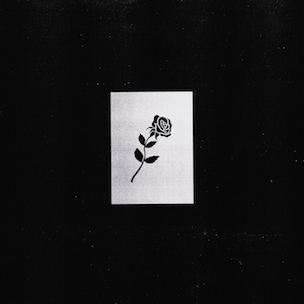 Best known to pop music fanatics for No More, his 2014-released collaborative EP with Chicago-based soul crooner Jeremih, bass-heavy and R&B-friendly electronic producer Shlohmo goes it on his own with latest album Dark Red with impressive and progressive results. The 11-track LP does with brooding bass-heavy instrumentals what artists like The Weeknd do with lyrics. Intriguingly enough, the ambient soul, trip-hop and rhythm and bass vibes here pack potency that, frankly, words likely could be unable to describe.

In the 1990s, dance and soul music met at a forward-thinking point for both genres at trip-hop, and there are moments here where Portishead’s lead vocalist Beth Gibbons would feel best reverberating alongside double-time breaks and sparse, yet emotive sounds capes. In this being an album that comes after his audacious Jeremih collaboration project, a voiceless album feels best when considering that the voices that would actually be best over his productions are two decades-plus removed from mainstream pop/soul relevance. Thankfully, Shlohmo clearly shines here as a producer who works best when digging through his own angst in an unencumbered manner.

This is a record that encompasses songs that in being merely called “sad love songs” doesn’t reflect the level of pain implied by titling the collection of tunes Dark Red. Tracks like “Ditch” feature snapping kicks, but those familiar rap elements are overwhelmed in the mix with synth lines that feel as though they’re falling into the void, when the track’s tempo accelerates, it feels like the equivalent of souls reaching another level of interminable hell.

“Slow Descent” starts off in the familiar style of drum and bass. However when the energy briefly dissipates, the awkward sound of minor-key analog synths floating without a bassline by which to ground their energy feel not so much mysterious, but entirely haunted. “Buried” and “Emerge From Smoke” feel almost chopped and screwed with their dark, ambient and seemingly perpetually warped thump. However, what elevates all of these morose productions to the realm of being beautiful is just how well executed they are in feeling like accessible avant-garde art as bass music.

Also standing out here is “Apathy,” which bears a vocal sample that sounds like a soul being slowly drug over coals into the depths of hell. That’s a heavy description, but an apt one. Hi-hats simmer against the searing synthesized heat, bass claps creating breaks that sound and feel like house shutters ominously clapping open and shut against an apocalyptic breeze. Again, these are heady descriptions for impressively intense sound.

The album meanders, though, and at times the twinge of sadness in each record seems played on a loop. There is less darkness in it than opportunity, a blinding night leading you into a paint-splashed day. As a bridge between 90s drum and bass and our own sexy, morose cousin (in sounds like FKA Twigs and Flying Lotus) Dark Red is an album that manages to go a slightly different direction than the road most travelled.

So if a listener of The Weeknd and you find yourself not so impressed by his written and sung odes set to the oddly romantic gloom of tracks like “Wicked Games,” “Often” and “Earned It,” imagine an album that replaces romance with death. Shlohmo creates reverential moments out of human gloom, and does so with a level of execution that invites multiple listens while defying comparisons, too.