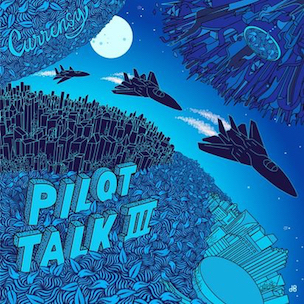 When hopefuls aren’t scrounging Youtube for the next “Curren$y-type-beat,” detractors keyboard-hurl at Curren$y the missive that his rhymes rarely vary in subject matter. But Spitta is not only immune to how many metaphorical likes he receives, the man wears it like a badge of honor. The list of protégés having successfully broken away from a major label conglomerate and amassed a loyal following is almost nil in the grand scheme, and Curren$y has done so by remaining steadfast to his entrepreneurial approach: the ability to flood the web with an endless supply of music, thus achieving both critical and stoner critical mass without spoiling his J.E.T. Life brand in the process.There’s just no artist in the game more deserving of deigning to charge $100 for a complete Jet Life 3 experience (though Nipsey’s upped the ante by a factor of ten), which includes memorabilia and exclusive videos in addition to the laid car music you can normally expect from Spitta.

Subtle tweaks in his beat selection and theme overtures have dictated most Curren$y projects, from the hammering MPC Alchemist-laced samples of Covert Coup to the alternative rock flourish of Muscle Car Chronicles, but to the glee of hardcore fans, Pilot Talk 3 nostalgically revisits the wake-and-bake labyrinth of the first installment of the series. Fittingly, the album commences with “Opening Credits,” a track that exquisitely captures the effect of THC-clouded mornings. Following a soulful sample, the Stoned Immaculate narrates his rise to prominence while leaving no stone unturned in the process.  “Long As The Lord Say” also lounges in sonic feel-good vibes dominated by airy horns while Spitta adds more G Code wisdom in his customary hushed, monotone vocals.

While not one to typically maneuver out of his J.E.T. Life certified inner circle in terms of features, the seemingly odd pairing of Riff Raff and Spitta on “Froze” provides one of the album’s signature tracks. The dispersed 808s and muted periods allow the two emcees to remain loyal to their respective lyrical modus operandi — the dirty south bounce-cadence of Riff and the composed hustler flow of Curren$y.

Curren$y’s keen beat selection is unrivaled in comparison to the new class, but sometimes the Spitta experience (where projects are meant to be played from start to finish) makes it so that certain songs lack specific replay value on their own merits. “Get Down” fits in nicely with the overall tranquil ambience of the album’s track list, but lacks the gravitational pull of a song like “Froze.” Tracks like these well exceed mediocre status or the infamous “filler” title, but they function merely as pleasant bridges to the more gripping material.

Both Curren$y and Wiz Khalifa resurrect their brotherly chemistry on “560 SL,” but a flavorless chorus somewhat deteriorates a potential masterstroke for their resume. An improved trade-off is executed on the Jadakiss assisted “Pot Jar,” two artists that in recent years have found a harmonious chemistry of their own. Spitta acts as honorary D-Block member on “Alert,” as well.

Although it seems blasphemous considering not only his namesake but also the content in which he has built his lengthy discography on, Spitta seems much more preoccupied with spitting game than past releases. Ushered in by jazzy background singing and a trumpet, “Search Party” is brief but potent, a quick lyrical synopsis of his issues with the game and the impetus for why he records in the first place. On that note, “Dress better than your stylist nigga / I’m not even trying / You wasting time looking at shit you ain’t even buying” is just one of many blistering rhymes that attend “Briefcase.” The same sort of lyrical severity penetrates “Lemonade Mimosas,” and along with a few other cuts on the album like “Froze,” is one that fans will constantly come back to — a seemingly impossible feat seeing as how many tracks Spitta has discharged over the years.

There are always plenty of fans who hang onto to an artist’s first project as their magnum opus, such as the immovable Tha Carter and The College Dropout, but most Curren$y fans will be spending much of their time arguing wherePilot Talk 3 ranks in the series. While other artists are constantly on the prowl for the latest trend that will keep their names relevant, Spitta never ventures out of his own lane, and yet, his latest material never seems to spoil.