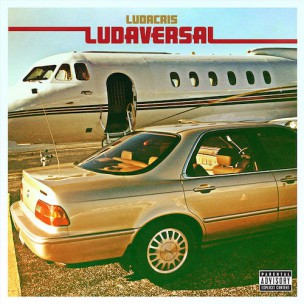 A truth recognized by just about everyone is that the term “classic” is criminally over-used in Hip Hop. And yet, the inevitable thought that most often springs forth when a widely-regarded legend releases new material is whether or not the new body of work lives up to the old primetime releases. Undeniably, the pull of the music connoisseur is to hear something otherworldly, an immaculate collection of songs that not only send reverberations down their own spines, but across the Internet. But the desire to satiate these expectations on the artist’s end too often leads to contrived blunders that accomplish the opposite effect.

Save for maybe Jadakiss, there is no rapper more familiar with these high-priced demands than Ludacris. Despite the misguided conceptualization of Battle Of The Sexes, Luda has offered fans a steady palate of solid to great releases the likes of Chicken & Beer or Release Therapy. Ludaversal is his most personal release to date, because rather than go out of his way to devise a perfect album, Luda decided to pen his pain on wax, despite what many people may have expected otherwise.

Luda largely treats the album’s forum as a playground, freeing him up to work within a lane more complimentary to his skill set. Hypersonic rhymes permeated by a cocky demeanor make up the David Banner laced “Ludaversal Intro,” adding to a long list of theatrical intro tracks.  The song sets the tone for the first half of the album, where Luda is clearly preoccupied with unloading a few things off his chest. On “Grass Is Always Greener” he explores his own hopeless pursuit of contentment, performing an about-face with every line.

Aside from rising to the challenge of historically outperforming artists on their own tracks, the most spirited Luda verses are often the product of an oversized chip on his shoulder. On “Lyrical Healing” and “Beast Mode,” Luda goes  into full rant mode by pinpointing the faults in our new-aged Hip-Hop stars in blunt terms. Cocky as ever, he sends a not so subliminal attack at his former protégés: “Some of my artists switched labels, but I still get a check.”

“Viagra Skit” is a puzzling minefield that sharply and unexpectedly cools the intensity. “Get Lit” features the same meticulous attention to lyrical cadence as the previous tracks but ultimately fizzles due to a vanilla chorus. The same fate accompanies “Come And See Me,” but to a much lesser degree. Big K.R.I.T. and Luda have such a compelling chemistry when trading mics that the assembly-line nature of the hook gets only slightly discomforting.

After the undeniably smooth catchiness of the Miguel assisted “Good Lovin” and his impassioned, heartfelt dedication to his deceased father on “Ocean Skies,” Luda reminds listeners of the peaks and valleys he has had to overcome in his journey to Hip Hop superstardom on “This Is My World.” Here he is both calmly reflective and vehement about those that have doubted him along the way: “Ain’t that about a bitch/ Especially when they told me I wouldn’t do shit or be shit.”

Luda’s come up story is a fitting conclusion to an album that seems to be more representative of not only himself but his artistry than any previous project to date. On the cover of the album is a portrait of his famed ’93 Acura parked next to a private plane. His seemingly unshakeable integrity and forthright spirit in music making shrouds Ludaversal in serious tones, marking a stark departure from the Georgia emcee’s status quo, making this one a novel and welcome addition to his catalog.