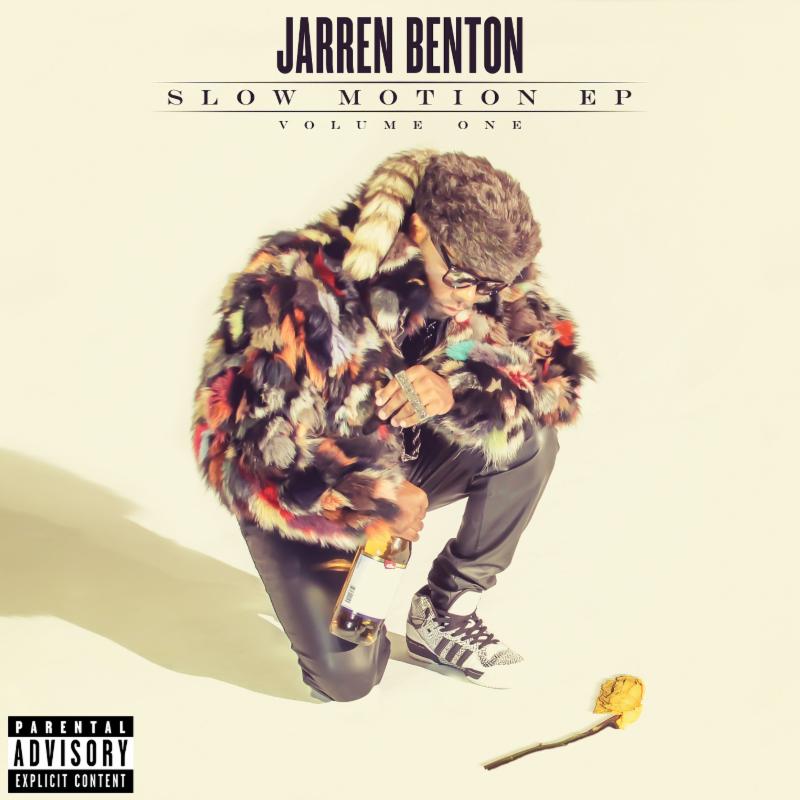 Atlanta native Jarren Benton has slowly built a following since releasing the breakout project humorously titled Huffing Glue With Hasselhoff. Benton’s abilities eventually made their way to Hopsin and earned him a deal with Funk Volume. There’s an interesting mix of horrorcore with Southern antics that work well enough to differentiate himself from the label that houses Dizzy Wright and SwiZz. Releasing his 2013 feature length debut My Grandmas Basement, Benton proved himself more than a curiosity on Funk Volume’s roster. That year also saw the untimely death of his friend and manager Jahmal “Slow Motion” Pryor. This leads into his solid Slow Motion Volume One EP; something that works more-so than it doesn’t.

Handling majority of Slow Motion Volume One’s production is Funk Volume in-house producer Kato and the results are always correct. The problem then lies with weak hooks and features. When Benton spits crucial bars on opener “You Don’t Know Me,” the haunting keys compliments the head nodding drums. However, Hemi’s featured hook on the track does absolutely nothing. It’s just there occupying track time. Things go down south on turn-up banger “W.H.W.” featuring Sy Ari Da Kid which features a hook ripped from Future’s playbook. Again, there are times Benton cuts his stellar verses short after bad passes to guest. The biggest success is when Benten handles hooks himself and has some real spitters join the party. Case in point, “Hallelujah” featuring Dizzy Wright and Swizz. Kato’s production knocks with a contemporary Southern flair while every verse never lets up.

When Benton brings different producers outside of Kato into the fold, Slow Motion Volume One opens up a little bit. M16 lays an emotional soundtrack for the Jon Connor featured “Killin My Soul” which leads into the heartfelt closer “Silence.” With Sareena Dominguez singing “Silence is golden, the same color my throne is,” it allows Benton to give a poignant account of his relationship with Slow Motion. Serving more than a tribute, the track is a fitting ending to a project that has more highs than lows.

The first of an upcoming series of EPs, Slow Motion is a serviceable introduction to a refreshed Benton. Though some wrinkles exists, they don’t hurt the project enough not be recommendable.