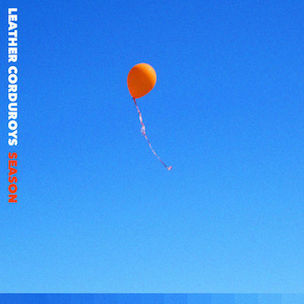 On their official Twitter page, Kami de Chukwu and Joey Purp describe themselves as “world renowned rocket ship connoisseurs.” The description is oddly befitting of Leather Corduroys —  a group intent on busting through limitations within the genre while simultaneously exploring its outer frontiers. From Common to Kanye to Lupe, Chicago natives seem to ooze ingenuity, and Leather Corduroys are anxious to add their own names to the fabric of esteemed Chicago artists. On their debut LP, Season, the duo takes giant steps in achieving this lofty goal, while simultaneously taking steps back and even meandering sideways in the process.

Before the ink even has a chance to dry on Season, Leather Corduroys’ establish their genre-bending sonic blueprint. “I Told You So” commences the occasion with a sweeping tribal soundscape that is a perfect platform for two enthusiastic emcees anxious to share their music with the masses. Fellow Chiraq native Chance The Rapper chimes in with harmonizing vocals. “Badman” flourishes in reverb and kick drums as Kami and Purp play off each other’s energy. The duo capitalize on the various beat modifications, dragging crisp, prorated bars that act in concert with the various beat modifications. Juxtaposing an aggressive cadence reminiscent of No Limit’s Golden Era fused with a mellowed instrumental, “Badman” makes for one of the most captivating moments of the album.

But in some instances the blanketing instrumentals signal the unraveling of the duo’s more promising material. The beats sometimes favor the animated style of Purp and the slightly more subdued one of Kami, resulting all too often in ill-conceived junctures. The funk-ridden excursion “In Da Club” sparks of initial promise synced with spirited raps, but ultimately falters as a lethargic chorus dwarfs all the energy. The duo’s respective juxtaposing styles favor much better on “Remember Me.” They sound like seasoned veterans operating within a cloud of bombastic synths, even sampling Young THUG in a clever double entendre of genre-bending.

“Marijuana Smoker” is the bittersweet climax of the album. A nostalgic nod to the sound popularized by DJ U-Neek and Bone-Thugs-In-Harmony, the duo cut is arguably the best song on the album short of an instructional snippet on how to make leather corduroys. While the skit is symbolically representative of the duo’s unique dynamism, it unfortunately signals the much too sudden exit of one of the strongest songs on the album.

In a few instances Corduroys overextend in their efforts to highlight their lighthearted, comical nature, but the end result is often dismal. In addition to some of the flagrant misuses of space like “My Good Girl,” and the silliness-for-silliness-sake ambiance of “Lucille,” the tracks severely dampen the more memorable occasions, like “Developers.”

“Developers” is a burst of intensity that registers immediately. Rapping over the cyber-famous speech of Steve Ballmer, the Corduroys howl asunder with deafening bars. Looped into submission, Ballmer’s speech is stripped of its original fervor until it comes across as robotic droning providing the springboard for the high-voltage vocals. The consummation of these efforts serves its intended purpose, painting the picture of dehumanized individuals railing against the notorious gang war raging in Chicago that has claimed the lives of many.

The overwhelming feeling that stems from Season listening sessions is that Kami and Purp have an abundance of talent but still a few wrinkles to iron out. Often they are all too eager to distinguish themselves rather than crafting quality tracks, like the neo-soul atmosphere of Pharrell territory they try to execute on “Solo Dolo.” Their contrived efforts to separate themselves severely detract from the periods of spontaneity. When Corduroys are focused on the latter task their talent seeps in, like the back-to-back dome penetration of “Chicken Talk” and “Mexican Coke.” On the fiery former, Kami spits: “Boy I fuck around with fuck arounds that fuck around/ Who smoke niggas who fuck around/ With niggas they don’t know.” If they continue to make quality releases while honing the cracks, Leather Corduroy’s will undoubtedly craft an album that make Hip Hop heads pay attention.