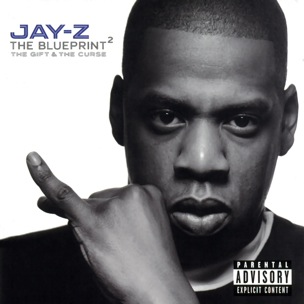 Everyone is wondering, so let’s get this out of the way now. IT IS NOT A CLASSIC. But fuck you and fuck me for saying it. It’s albums like this, that remind me why I fell in love H.E.R. in the first place, but they also make me wanna smack myself for being a critic and picking the albums apart.

Yes, The Gift & The Curse is amazing, but it is flawed. Let’s get the bad over with before I proceed to ride his dick. For starters, it’s an excess of songs that, like most double CD’s, could have been trimmed down; there’s songs to skip through. There are some unwanted features. And stylistically, The Blueprint 2 is very experimental and all over the place, where-as, its predecessor’s praise was due in-part because it revolved around the same soulful sound. But in the same breath, The Gift & The Curse wins because of Jay-Z’s experimentation and the fact that he didn’t try and make the same album again.

As soon as the Gift CD begins, Jay-Z shows you how great he truly is. A Dream has Hov retelling a conversation he had with B.I.G. in “I said, he said” fashion. It’s fucking incredible. Peep, First thing I wanted to know, what’s the reason he was dead/ Mo’ money, mo problems. Better believe it, he said/ be careful what you wish, you might receive it, he said/ I see, I said/ jealousy, I said/ got the whole industry mad at me, I said/Then B.I. said, Hov remind yourself/nobody built like you, you designed yourself.

There’s plenty of hot shit on here, but Jay really showcases his gift on The Curse disc- the hands down, better of the two.

As rumoured Jay does fire back at a Nas and his hypocritical claims on Blueprint 2. The hauntingly hypnotic production compliments Hov‘s verses perfectly as he tries to figure out where Nas‘ head is at, is it “Oochie Wally Wally” or is it “One Mic”/ Is it “Black Girl Lost” or shorty owe you for ice. He goes on to admit he lost the battle but won in the greater scheme of things, I will not lose, for even in defeat/ there’s a valuable lesson learnt, so it evens it up for me.

At the end of it all, even though it’s no classic, Jay-Z is great- word to the hyphen in his name.