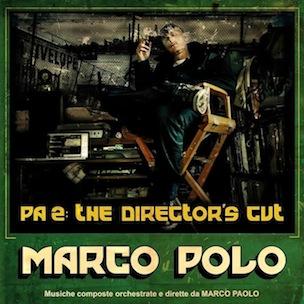 Marco Polo is a newly-minted Hip Hop veteran. In 2007, he dropped Port Authority, an LP containing his beats laced with verses from some of Hip Hop’s greatest legends, from Masta Ace to Kool G Rap. Over the next six years, he steadily released as many albums, becoming a respectable artist while shaking the reputation as just a producer from Canada. Seeking to revive the energy created on Port Authority, Marco Polo is set to round out 2013 with his first sequel album, PA2: The Director’s Cut.

Narrated by actor Michael Rapaport, the director of the A Tribe Called Quest documentary Beats, Rhymes & Life: The Travels of A Tribe Called Quest, PA2: The Director’s Cut is a commendable return to the drawing board for Marco Polo. In fact, the album was a work in progress for the last five years, as he sought to pick up where Port Authority left off.

One of Marco Polo’s most impressive traits as an artist is his ability to match beats with emcees accordingly. The first two tracks of the album, “3 O-Clock” and “Savages” feature Organized Konfusion, and Slaine, Ill Bill and Celph Titled respectively. Both tracks sound like they were made specifically for the artists that they feature, not to mention that going from the Boom-Bap of Organized Konfusion to the sample-heavy sounds of La Coka Nostra is no easy feat for a producer. Polo’s material is tailored for Golden Era, boom gap aficionados, yet he largely avoids the issue of enlisting old, non-skilled rappers complaining about the days of yore by focusing on pushing the art form forward.

Marco Polo also has an impressive musical ear. He possesses a unique ability to emulate other producers, but he also maintains the originality fans came to know on Port Authority. “Astonishing” which features Large Professor, Inspectah Deck, O.C. and Tragedy is most reminiscent of his signature sound, while “Drunken Sleuth” features uncharacteristic, yet contagious production, reinforcing the notion that his days of experimentation are not yet finished. Whether he’s making beats for specific artists, or just playing with what sounds good, Marco Polo’s technique has become more polished than before.

For all of the positives associated with the album, PA2: The Director’s Cut is by no means a masterpiece. With 18 tracks and a skit, and an average track time of about four minutes, the album is very long, maybe even too long. Rapaport addresses this during the album’s intermission, telling listeners, “This wasn’t made for the critics; this was made for the heads…anyone who doesn’t like it, now’s the perfect chance to leave.”

That said, some listeners still may not have the patience required to listen to this album from beginning to end. And it doesn’t help that Marco Polo is sometimes prone to monotony with his beats, which can make a full album listen more difficult. The post-intermission tracks, “Emergency Man” “Strange Brew” and “What They Say” are all unique in their own ways, yet they each lack the sustained drive of superior tracks on the album. Marco Polo’s potential to be more dynamic is both apparent and sometimes frustrating.

Though it is sometimes prone to monotony and lags here and there, PA2: The Director’s Cut successfully draws from its prequel, while maintaining its own originality. With regards to guest appearances, Marco Polo deserves credit for picking from the cream of the crop, as well as successfully pairing artists on certain tracks (“Astonishing”). The album also establishes excellent flow and sequencing from track to track, especially towards the end, as things conclude with the aptly titled Guru tribute “G.U.R.U.”