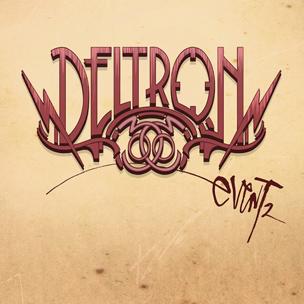 Thirteen years have passed since Del The Funky Homosapien, Dan the Automator, and DJ Kid Koala blessed Hip Hop with one of its best concept albums (and certainly its greatest Space Opera). Part Orwellian dystopia, part Star Wars, and all Hip Hop, Deltron 3030’s debut was a cult classic whose lasting legacy has led fans clamoring for Del to resume his role as Deltron Zero. Many years and dozens of updates dating back to 2004 later, Event II arrives with fans wondering if it can live up to the original.

The album’s intro, narrated impeccably by Joseph Gordon-Levitt, informs us that Event II takes place 10 years after the events of the first album (i.e. in the year 3040). Crisis is afoot, as class warfare threatens to cause the denizens of the Deltron universe to turn to anarchy (sound familiar?). Alas, just as hopes of Deltron Zero and the Automator’s reemergence have all but faded, the duo surfaces. On “The Return,” Deltron Zero surveys a land desperate for salvation:

“As I view a long stretch of sand dunes / And abandoned shacks and crack houses with rats out in the clear open / …Don’t know what to do, it was out of our hands / Now we gotta pull straws, figure out a plan / I’m mobbing with a posse, a clan / A ragtag renegades, looking for living grenades / Live ammo, cause it’s been on the stage of / Cutthroat, corrupt folks, pressure too much to cope.”

The track is just one example of Del’s vivid storytelling, and how the album as a whole effectively parallels modern-day issues. With Del holding things down on the mic, Dan the Automator and Kid Koala more than hold their own behind the boards (with the latter handling the album’s turntablism). Automator’s production is a real treat, telling a story of its own. “Pay the Price” is brimming with a sense of adventure, while “The Agony” conveys the urgency and gravity of Del’s mission to overthrow oppressors. Drums play well off of Del’s delivery, while the sample choices throughout reassert Automator’s position as one of the best to ever do it. Every detail in Event II is well-thought out and serves a purpose. David Cross and Amber Tamblyn’s “Lawnchair Quarterback” skits, for example, give a telling and hilarious take on generational divides. Contributions are carefully chosen, whether its Zack De La Rocha’s righteous fury on “Melding Of The Minds” or Damon Albarn’s wistful vocals on “What Is The Loneliness.”

The fact that Del’s aforementioned storytelling chops, or Dan and Kid Koala’s contributions on the production side are as sharp as ever isn’t surprising. What is a pleasant surprise, however, is how the trio’s chemistry remains unspoiled 13 years later. Honestly, Event II could have been recorded a month after Deltron 3030 and it wouldn’t be a surprise to anyone. It’s a true spiritual successor to the original, and is everything fans could have asked for: a worthy follow-up, well-thought-out standalone project, and a very necessary commentary on society, government, and machinations by which the two interact.