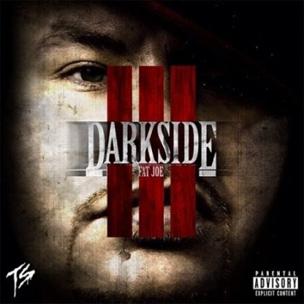 Fat Joe has survived the highest of highs and the maximal lows of the Hip Hop industry by staying flexible and changing with the times. He’s transited from a D.I.T.C.-affiliated underground New York emcee to a Terror Squad general and mentor in the ‘90s and early aughts, to a frequent musical collaborator with the likes of Rick Ross, Lil Wayne and DJ Khaled in more recent years. All the while he’s managed to teeter between staying afloat and being musically relevant in his own right—most recently with The Darkside mixtape series. Darkside III, the latest installment and released just before Joe began serving a four-month prison sentence, sees him trying to bring the many different parts of his career together in one 10-song offering. And at least to some extent, he succeeds in doing so.

To begin with, Fat Joe starts out Darkside III by following the examples of some of Hip Hop’s other New York elder statesmen, Jay Z and Nas in particular, by tossing out bars on living an upper crust, opulent lifestyle after years of scraping and scratching his way to the top of the Hip Hop heap. This especially happens on “Madison Squares,” where Joe opines on missing conversations with the late James Gandolfini, dropping a hundred racks sitting ringside at a prizefight, and indulging in spaghetti with lobster over Young Sap and Cool & Dre’s ornately luxurious composition.

The quality of a breezy, flowing elegance manifests itself courtesy of production by Cool & Dre and Streetrunner (“Madison Squares”) and Young Hype (“Angels Sing 2”). But that element is coupled with an inherent griminess Don Cartagena can’t and refuses to shake from his DNA as an artist from his early days that’s brought out by production on 9th Wonder, Diamond D and DJ Premier on the second half with “9th Wonder”, “Cypher” and “Grimy in the Early ‘90s.” Basically, the entirety of Darkside III is an exercise in Fat Joe trying to meld and mesh the successes of the different segments of his career into one condensed yet playable project.

And as legendary and respected as Fat Joe has become as an emcee through years of gaining stock in the game, he also attempts mightily to paint an environment that darts and dashes between decadence and sophistication. At times he succeeds, and at others he unwittingly falters, but the beats never let him down. This is most evident on “Your Honor” where neither Joe nor guest feature Action Bronson give their best lyrical performances, but the fundamental cuts, scratches and overall boom bap-centered production by Premier truly save the day. Similarly, on “Angels Sing 2,” the sweeping, lushly picturesque music by Young Hype make up for the awkward, staccato-staggered second verse from Joey Crack.

The primary criticism against Darkside III is that it’s too short, with only 10 songs that collectively don’t even reach 30 minutes. One would expect that an artist of Joe’s caliber would want to put out a project that’s more substantial, instead of one that, while commendable, might easily get lost in the shuffle amongst more notable albums and mixtapes of 2013. Then again, that could also mean that after his prison stint is over, there’s more music on the way from the Bronx representative. Either way, Fat Joe has given fans a satisfactory mix tape in his Darkside series that will at least remind Hip Hop heads of what he’s been able to accomplish during his time in the game.

Listen to “Darkside 3” by Fat Joe