Fat Joe has released Darkside III, the third installment of his Darkside mixtape series. The 10-cut collection is presented by Terror Squad and features Action Bronson on the Premier-produced “Your Honor.” Other producers on the collection include longtime collaborators Diamond D and Cool and Dre, as well as 9th Wonder and Streetrunner.

The Bronx, New York rapper was sentenced in June to four months in prison for the tax evasion he committed over a period of two years and pled guilty of last December. Fat Joe is slated to turn himself in for the bid today (Agust 26).

Fat Joe said during an interview with The Breakfast Club earlier this month that his longtime accountant retired on short notice after a family tragedy, leading him to hire a new accountant who he says did not handle his finances properly.

“He took over my stuff,” Fat Joe said during the interview of his new accountant. “I had the guy paying all my bills, so I’m wiring him money every month to pay all my bills, my taxes. I’m asking him if everything is alright. He said, ‘It’s cool,’ this and that, right. He’s doing everything. So one day I go get a car and then I went to get my credit report…so the guy was like, ‘Yo, you sitting down?’ I thought he was joking. He was like, ‘Yo, this shows here that none of your mortgages is paid. None of your cars is paid. None of this.’ So this is how I found out.”

The Darkside III cover art, tracklisting and stream are as follows. 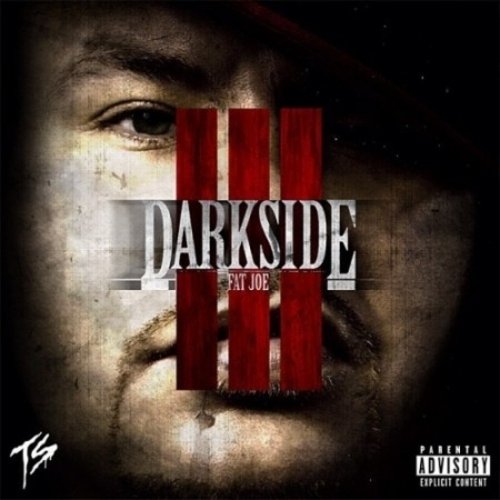 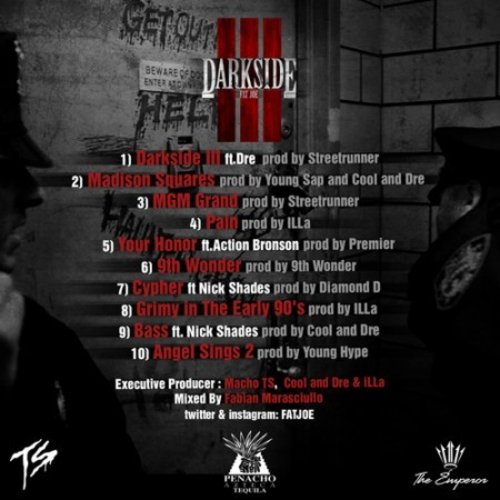 2. “Madison Squares” (produced by Young Sap and Cool and Dre)