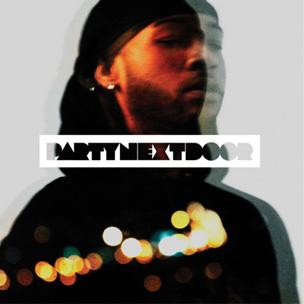 When Abel “The Weeknd” Tesfaye didn’t end up on Drake’s OVO imprint, the real question was, “Well…what then?” The answer is PARTYNEXTDOOR. In his all-caps glory, PARTYNEXTDOOR had some large expectations to fill—after all, when you have a co-sign from one of Hip Hop’s biggest names to live up to in the space many thought would be reserved for one of the most popular drug-infused crooners of the moment, there’s a lot of room for rookie disappointment.

Unsurprisingly, PARTYNEXTDOOR’s style maintains similarities to both Drake and The Weeknd. Drake would sound right at home on any of PARTYNEXTDOOR’s self-titled debut’s offerings. Conversely, the overtly sexual lyrics (“Wuts Good Curious,” “Relax With Me”), which ooze the type of youthful abandon that comes when a 20-something has enough money in the bank to recklessly throw racks in the strip club, make it seem like he hangs out with The Weeknd, on, well, the weekends. Yet he remains different. Younger, as one could expect. PARTYNEXTDOOR is less falsetto, not as extravagant, lower intensity, more auto-tuned, and easier to digest. It’s the party next door to the larger, fancier, harder-to-get-into party that the self-proclaimed “champagne papi” is throwing.

PARTYNEXTDOOR’s highlights show a new artist with a very promising future. “Right Now” is a confident showing of PARTYNEXTDOOR marking his female territory (“you could be his forever baby, but tonight you’re mine”). Its hook is just melodic and repetitive enough to be remembered without ending up boring and simple. The beat is enough of a head-nodder that one can’t help but envision a remix with a rapper or two on it. Of course at some point Drake had to stop by (the only feature on the project), and “Over Here” is just the laid-back, stripper-centric backdrop he sounds comfortable over. PARTYNEXTDOOR is busy singing about how they’re “throwing money fast over here, blowing all this cash over here,” while Drake takes the Emo route and raps about how he smokes away his tears. It’s predictable and familiar, and yet like most songs of this fashion that Drake is a part of, it still works.

The lower points of the project are still at least average, and worth a repeat or two. As a first glimpse at PARTYNEXTDOOR, the self-titled collection is a strong introduction that should earn him some pretty serious fans. Though the overall sound isn’t anything too new or groundbreaking, PARTYNEXTDOOR is just divergent enough that it maintains refreshing replay value.