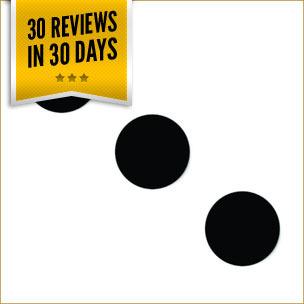 In his five years of releasing albums, Guilty Simpson has done full projects with elite producers that most emcees would be satisfied with mere crumbs off the table. 2007’s Ode To The Ghetto debut was originally intended to be in tandem with J Dilla, though fate had its own plans. In turn, Madlib and Mr. Porter helped finish the job in one of the best audio testaments to the Detroit/Los Angeles connection. Madlib kept it going, and worked with Guilty on the O.J. Simpson follow-up. Last year, the Random Axe trio choreographed their street circus by Black Milk’s Hip Hop symphony. For his latest, Guilty lines up with a Michigan producer in Apollo Brown, who despite having a lower profile than the others, deserves the recognition as one of the best. Dice Game carefully plays the odds in some places, but it ends up banking on a Detroit ambiance to deliver one of Guilty and Apollo’s best works to date.

Guilty Simpson’s rapping has always been straightforward. He has a boisterous voice and brings the same flow to most of the songs throughout his career. However, his ability to seemingly sound good over any beat and rock over a plethora have styles have made the veteran so accessible to musical craftsmen. Where Simpson’s strengths are, besides his voice, are his images and his sincerity. Met with concept, those elements drive the lyrical half of Dice Game. “How Will I Go” is the album-closer, asking the question of when death will occur. In postulating the answer, Guilty lays out his life for all to see, and charts his growth despite strong ties to a seedy past. Apollo Brown seemingly rearranges a church organ composition and shines his sound through Guilty’s stained-glass writings for a captivating moment. “Reputation” captures the angst and mystique of Detroit. Guilty’s lyrics which chronicle crime and unemployment, also give reason to why the music industry sidesteps these messages in fear, to represent Michigan Hip Hop in a way that its own people may not so easily relate to. Apollo re-circulates a Motown Records sample famously heard on powerful records by Jay-Z, Fat Joe and firstly, Biz Markie. The way the producer flips the groove for the chorus breathes new life into the tradition, and makes for one of the most complete Guilty Simpson solo songs in his catalogue. Away from high concept, Guilty can just bust bars – and really well. “Nasty,” with Planet Asia, is just “I’ll steal your girlfriend” Rap music, but done really, really well. Dice Game has Guilty Simpson’s discography stackin’ chips.

Apollo Brown has released about as many albums in the last three years, as 9th Wonder seemed to from 2003 to 2006. The same pros and cons: a producer who you want to hear, but with a fully-saturated place in Hip Hop. Dice Game speaks to that criticism nicely. The big brassy beats and choral samples that made The Left’s Gas Mask and Daily Bread so alluring return, along with some more subdued compositions that let O.C. shine so brightly on this year’s Trophies. Dice Game is a full-course meal and sonically matches Guilty Simpson’s tone and message at every turn. Just as he has throughout the last three years, Apollo often employs some really notable and seminal samples into his compositions. As with “Reputation” or a Shaolin staple on “Let’s Play,” it’s not uncommon to hear the producer channel his inspirations, but he always adds to the recipe. Moreover, Apollo is finding a knock in his beats that is truly unique. A mix of repition with some sounds and that booming brass, and one can understand why Mello Music Group is an indie label built mostly around production. In the lineage of Dilla, Madlib and Black Milk, Apollo Brown’s work with Guilty Simpson is distinct and just as distinguished.

Like its title and theme, Dice Game lives in the alley beside the club. It’s for those in the know, and want an album that sounds great on the go. Guilty Simpson doesn’t attempt any lyrical acrobatics, but rather pulls up a chair with a drink, and tells stories about his life, about his city and about the things he likes. It’s simple, but it’s highly effective. For the second time this year, Apollo Brown teams up with a veteran emcee associated with great production, and he thrives. Whether just for the sake of the sport or a greater musical marriage, Simpson & Brown (let’s hope that’s not a future title) both put some money and accolades in their pocket after this intersection gamble.