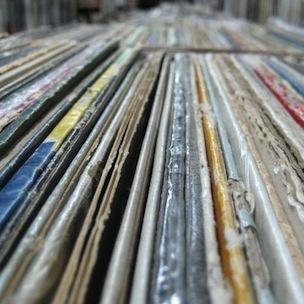 If Christian Hip Hop were to ever fully establish itself into the mainstream, Lecrae would certainly be the perfect candidate to lead this crusade. Building upon his Don Cannon-hosted mixtape Church Clothes from earlier this year, Gravity fits right into today’s scene without compromising Lecrae’s message. Nor does he ever come off as holier than thou, with tracks like the Big K.R.I.T.-assisted “Mayday” and “Free From It All” providing hearty words of wisdom. Production on Gravity is likewise impressive, ranging from somberly soulful cuts to dirty south joints that will keep your head bobbing. Of course Lecrae still reps for the man above (“I’m on a mission, they probably think I’m missing / Some screws, but it’s these three nails that keep me driven” he raps on “Walk With Me”), but along the way he also touches on subjects that test the norm, “Violence” and “Fakin’” being examples of this expansion. Aside from a few minor hiccups (“I Know,” “Falling Down”), Gravity is a well-rounded effort that should stand as a stepping stone for Lecrae’s ascension. Call it gravity grievous. (listen to the stream here)

They say you’re only as good as the company you keep. If that’s the case, then Montage One should have a leg up on the competition with his latest offering 10.6.3 OGX. A follow-up to his 2010 debut, Montage bumps shoulders with the likes of Guilty Simpson (“Beat2Def”), Evidence (“State Of Emergency”) and Planet Asia (“Chain Sinatra”) for a collection of songs that cater to his underground audience. In fact, it’s these notable features and producer choices (Jake One, Exile, Oh No, etc.) that make this project worth listening to with Montage taking a backseat in their presence. He does get a few shining moments in (“When U Find It,” “Lie #1), but 10.6.3 OGX largely succeeds on the shoulders of others. With that said, if rapping doesn’t cut it for Montage One, he surely has a future in the A&R department.

Rugged N Raw has made a name for himself through clever raps for the common man, and Anomaly Book 1 attempts to keep this theme intact for the ninety-nine percenters. From “Two Times A Loser” to “Man Of The Hour” he candidly delves into struggles endured, while tracks like “Let It Knock” and “Go To Work” detail a more rugged (no pun intended) approach to life. With that said, not all of the project’s contents work to his advantage. Things go from entertaining to awkward on “Jellyfish,” a trite record describing his inadequate presence in a nightclub. Then on “Last Man On Earth,” Rugged hits a creative roadblock as he resorts to fantasies of a ménage à trois, only to come back to reality. This then makes it difficult to take a record like “Meaning Of Love” seriously, where he actually delivers a commendable performance told through personal insecurities. In turn, Anomaly Book 1 poorly captures the stylistic endeavors of this New York rapper with his stature as a novelty act waning in the process.

The hope with any rapper/producer collaboration is that the duo will forge some semblance of chemistry without hindering each other’s purpose on the project. There’s no issue of that on Media Shower, where New York natives Double A.B. & Dub Sonata sound in sync throughout an album that taps into tales of the block (“Street Survival”), alcohol abuse (“DWI”) and existential metaphors [“Time Is Elastic (Maybe)”] that will give fans a medley of material to sift through. Sonically, Double A.B. and Sonata rarely leave the comfortable confines of the East Coast (“Some Bullsh!t,” “Lord Knows What”), but there’s no point in fixing something that isn’t broken. With Media Shower, Double A.B. & Dub Sonata situate themselves as a two-man team worth checking out.