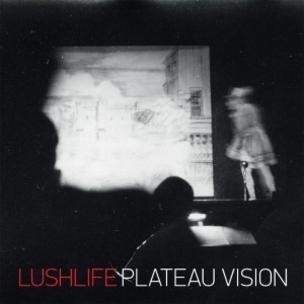 In Hip Hop, it’s always been refreshing when certain artists project a modern approach to an older era. Albums such as Edan’s Beauty & The Beat and Jurassic 5’s Power In Numbers were deeply-inspired by the emcee deliveries of the late ’80s, however both transposed them with different soundscapes – Psychedelia and L.A. Rare Groove respectively. Philadelphia DXnext alum Lushlife has done similarly this year. Overtly influenced by the early ’90s albums of Nas, Smoothe Da Hustler and AZ, Lush tinges his anarchistic lyrics of Plateau Vision with hard synths, distorted vocal samples and an overall production approach that’s as much Jamie xx as it is Zev Love X.

“Still I Hear the Word Progress” is Plateau Vision at its strongest. As a producer, Lushlife thrives with his ability to blend two distinct worlds in a way that solicits both emotion and head nodding. As an emcee, help is welcome as Styles P takes one of the bigger leaps of his career and hops on the track that sounds rugged vocally for its vulnerability musically. Lush complements S.P.’s verse with his own fast-paced flow, rapping about his own aspirations and roadblocks. “Big Sur” is another standout, as Lush pays tribute to the “Broken Language” rhyme scheme with a masterfully-produced blend of samples and original drum programming. Like Black Milk or Nottz, Lush’s rhymes accent his strongest attribute – signature production, that in his case, has really refined itself since 2009’s Cassette City. But emceeing definitely makes Plateau Vision what it is – largely from guests. Canada’s Shad delivers a piercing apocalyptic verse as Lush appears to pay tribute to Erik Satie’s late-1800s Classical masterpiece in a way that feels fresh and unpretentious.

Lushlife has created a world that sounds great, and holds the listener with a willing suspension of disbelief.  His vernacular, deliver and subject matter pulls completely from the golden-era. At times Ad-Rock and others Prodigy, Lush frequently catches himself such as “Pulled the hammer on ’em / That’s if I had a hammer, Black,” on “Hale-Bopp Was The Beduoins.” The artist knows he might not fit into the musical worlds that influenced him, but he pays homage to them without sacrificing much of his own dignity. Plateau Vision is such a gestalt that nothing is more important than its sound and execution – two areas of strength. Although the pop-cultures references can be Dennis Miller-dense, the lyrics prove to be at play as much as the music.

Plateau Vision releases a decade after RJD2’s Dead Ringer in an important lineage of producer-Hip Hop in Philadelphia. Although the albums don’t sound much alike, both are bold in their agenda and succeed in their execution in blending era, genre and juxtaposing attitude and music. Lushlife’s second LP incorporates guests wonderfully as the producer finds his pocket, and the emcee pays tribute to a deeply-missed era of creative street Rap. This is an escapist listen that appeals to fans beyond the traditional Hip Hop consumer, and is as forward-sounding as it is nostalgic.